Places mattered most when I began painting. It was a form of escape.

I remember an early painting, during my ‘Magritte’ period, of a man who’d painted a large mural of a tree and then fetched a ladder to climb the tree. “California Hills” is not unlike the kind of painting I started with: a landscape you could disappear into, this one being somewhere along Big Sur. “After Magritte” and “Still Life with Flare Gun” are about making use of objects I have around the place. I used to bring American beer back from travels and still have the cans. The First World War German Flare Gun hung on the wall when I was a child. “Fragility” is my take on family holidays by the sea: all those sandcastles, all those precious moments, ephemeral as the bubbles of the surf. I painted the Spitfire for my father. He stood up one day and said, “That’s a Merlin engine.” We thought he was in a time warp, but in fact a Spitfire was circling the house. I caught the flyover and placed it over a view of Wiltshire from the Westbury White Horse. 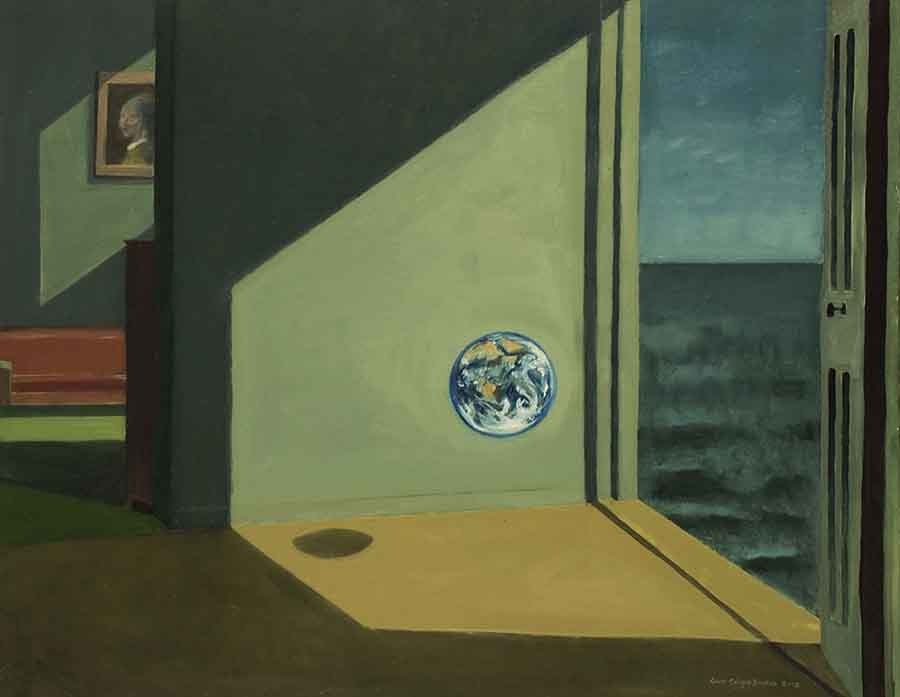 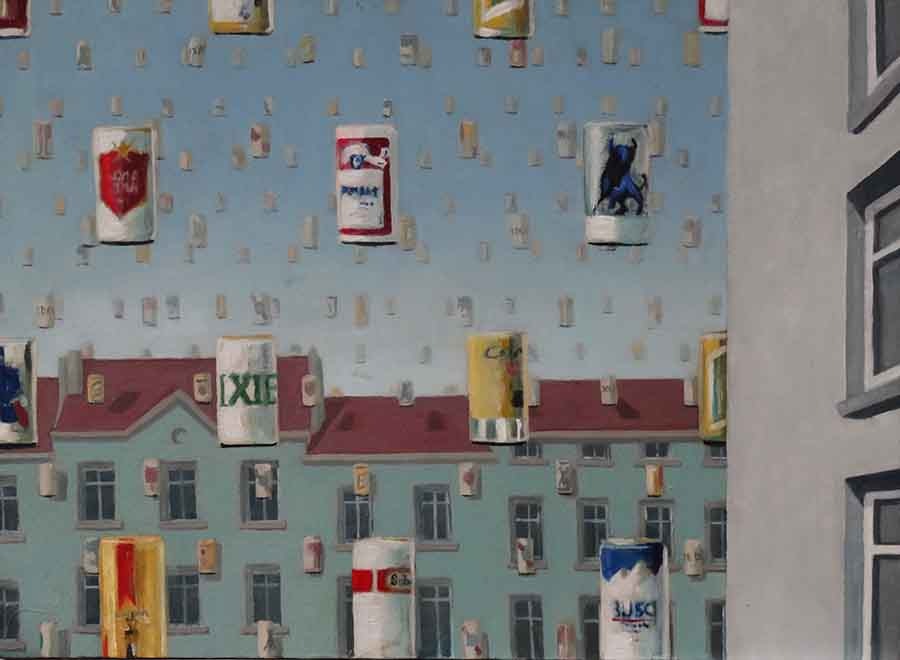 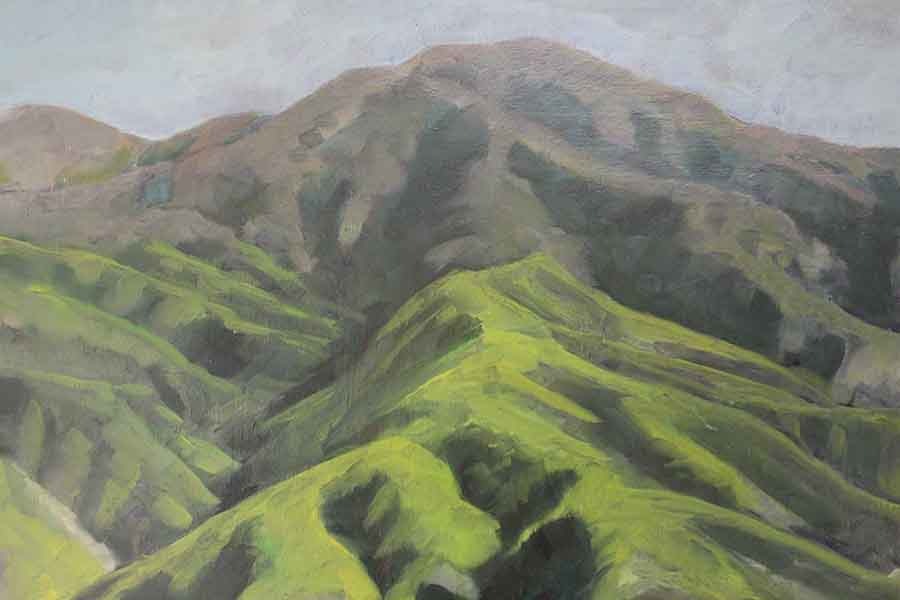 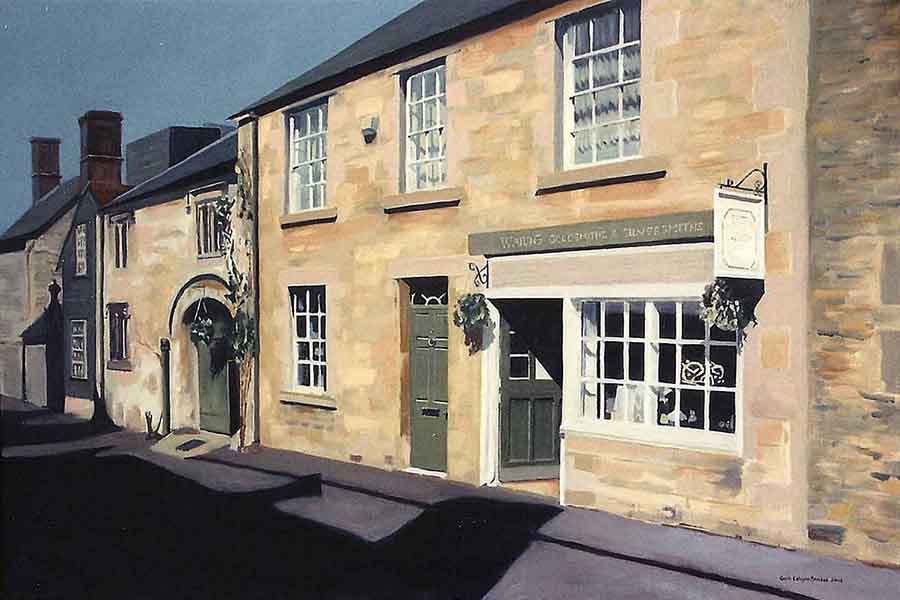 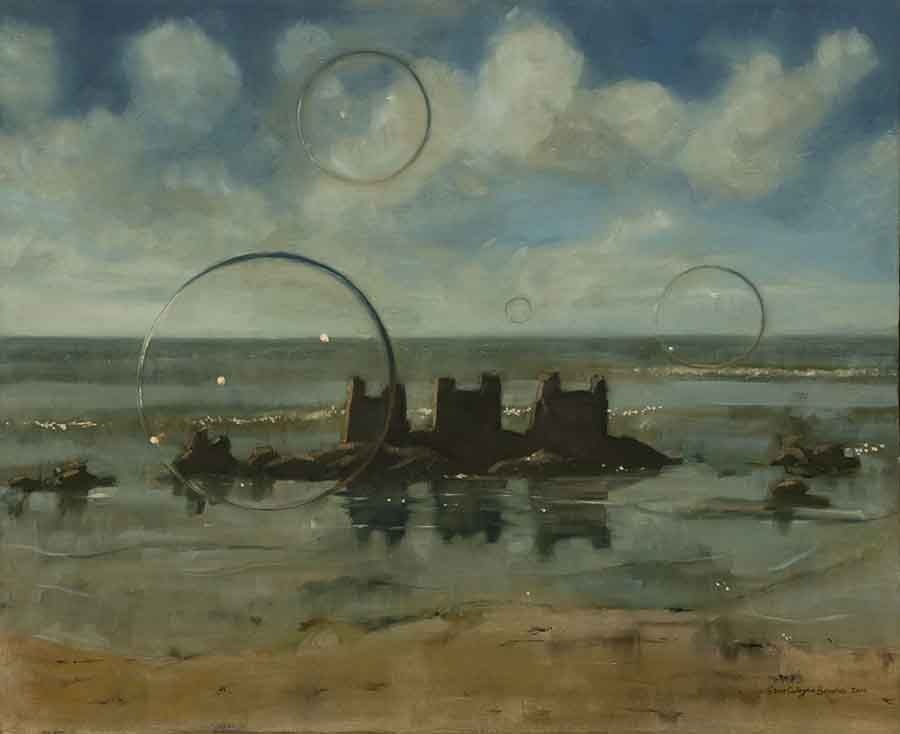 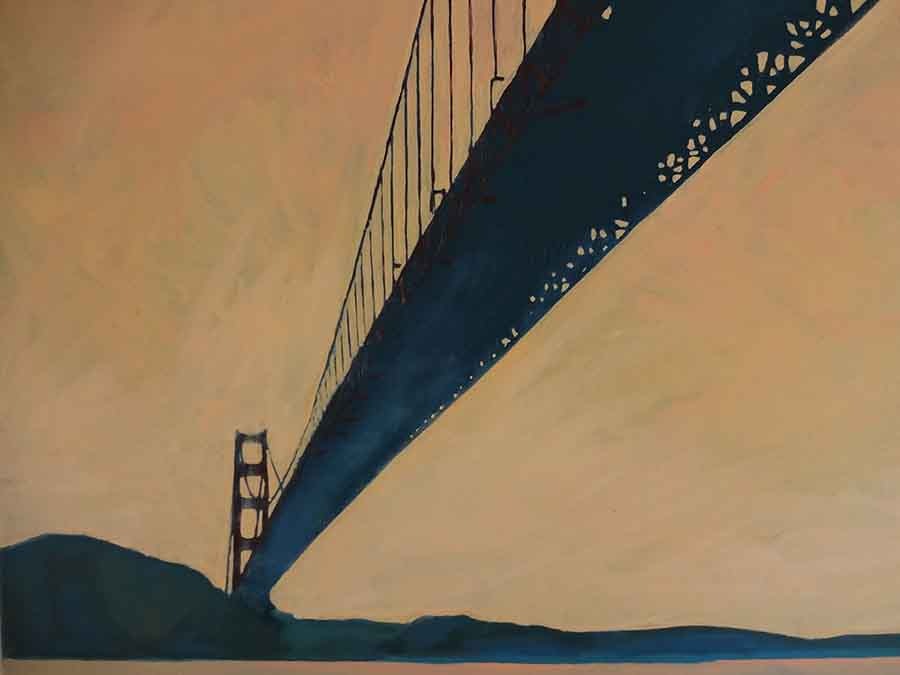 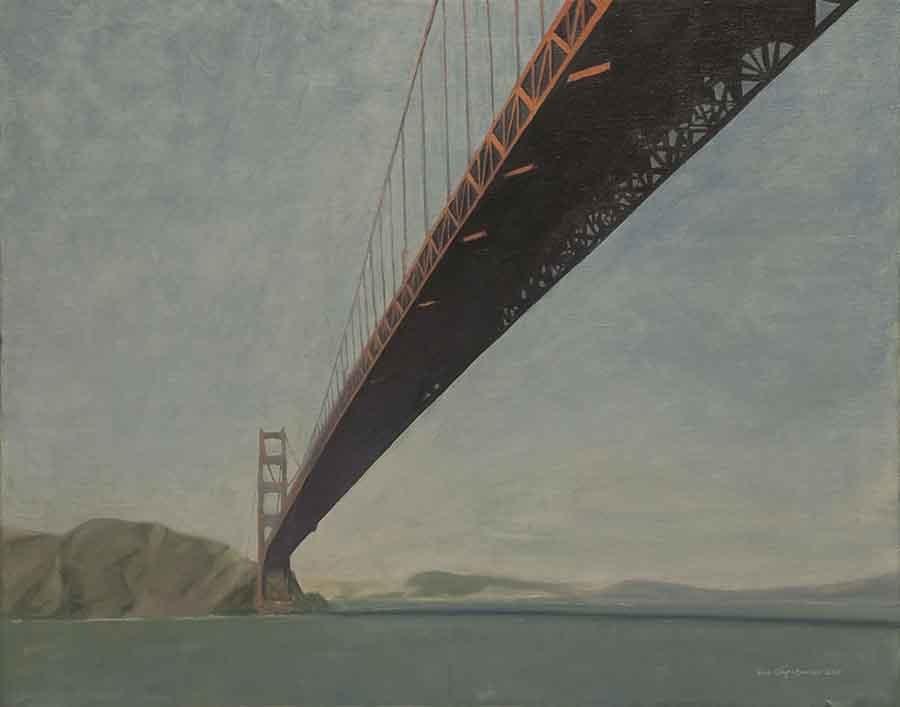 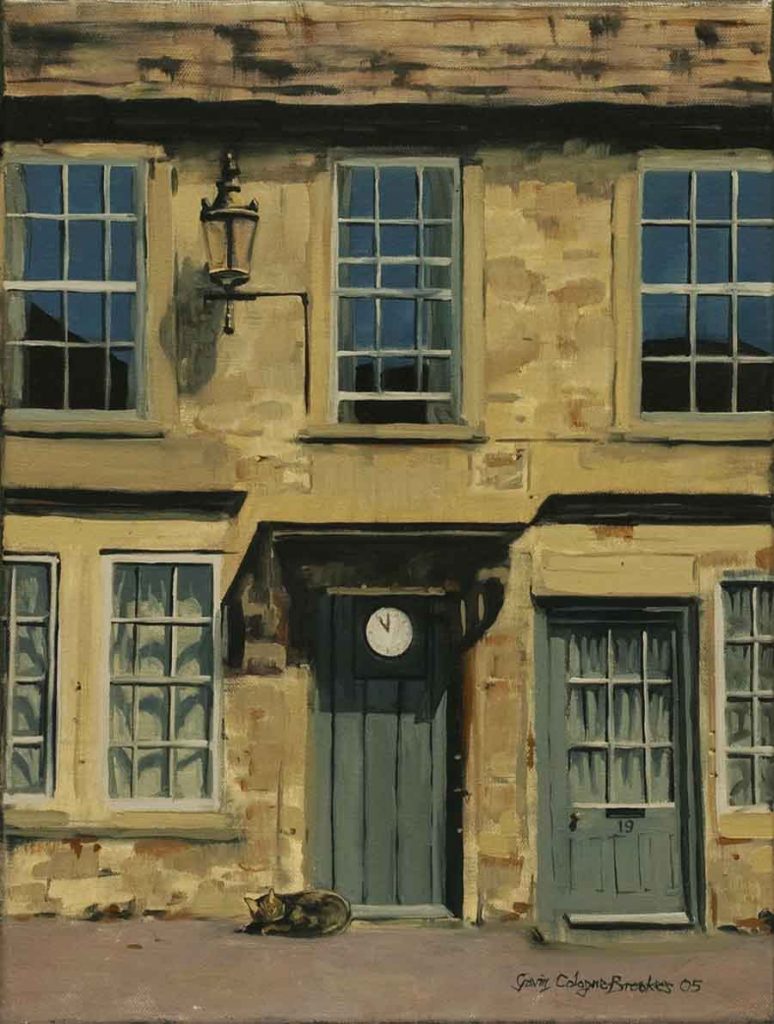 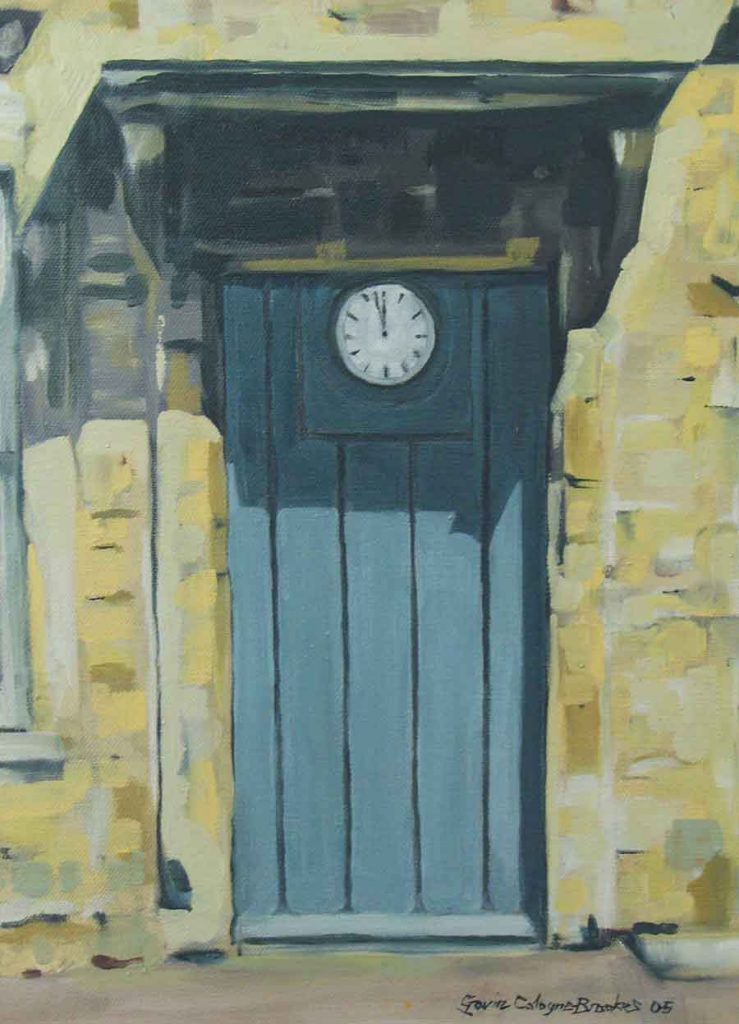 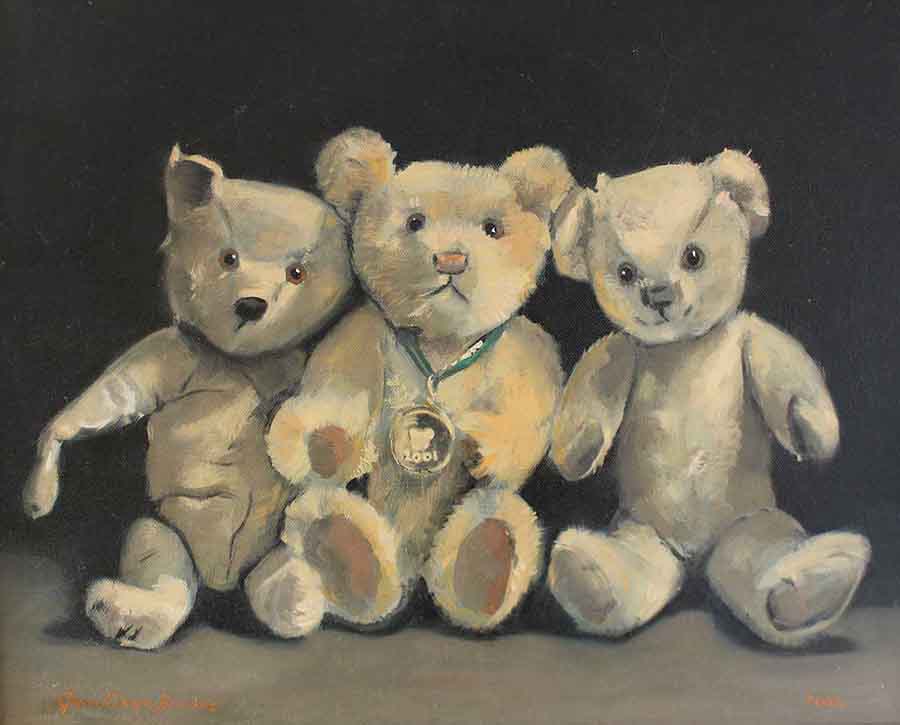 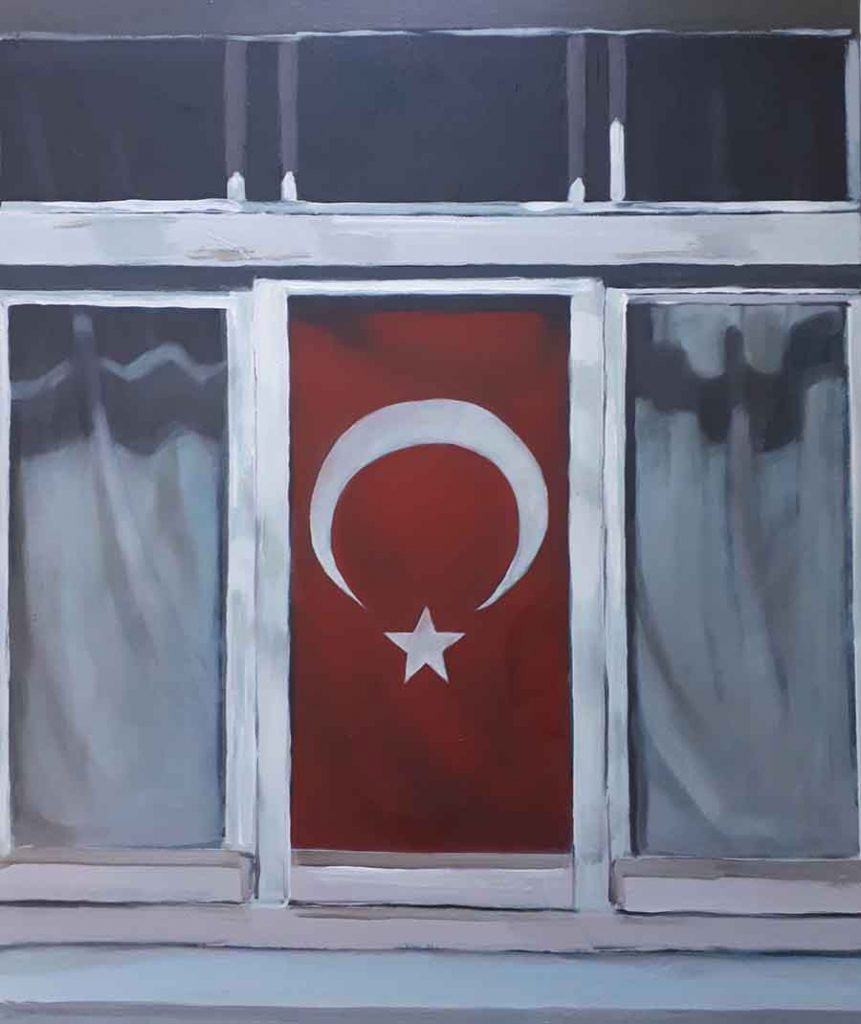 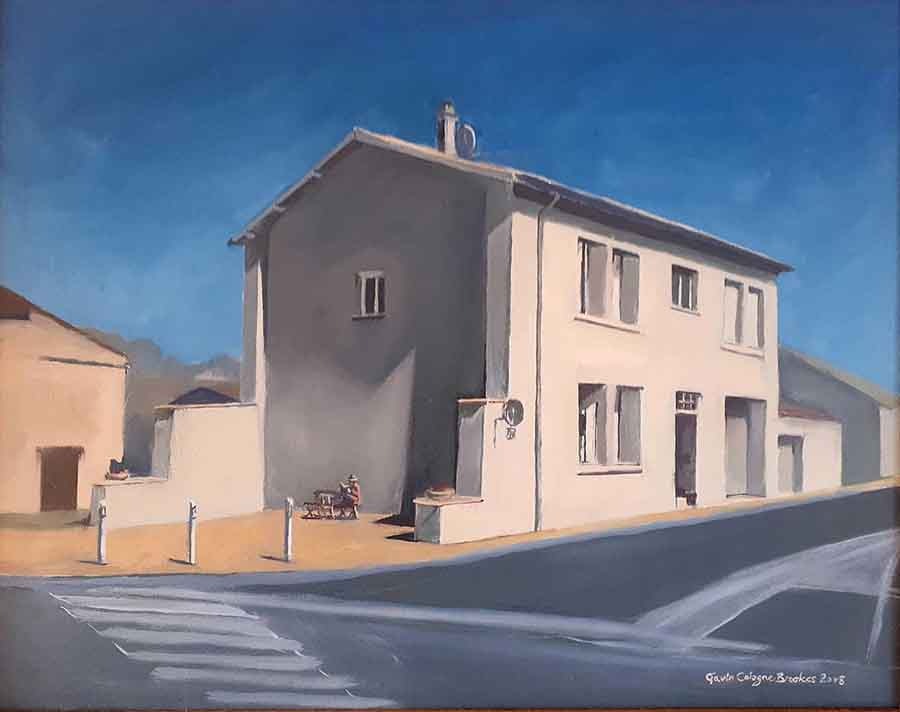 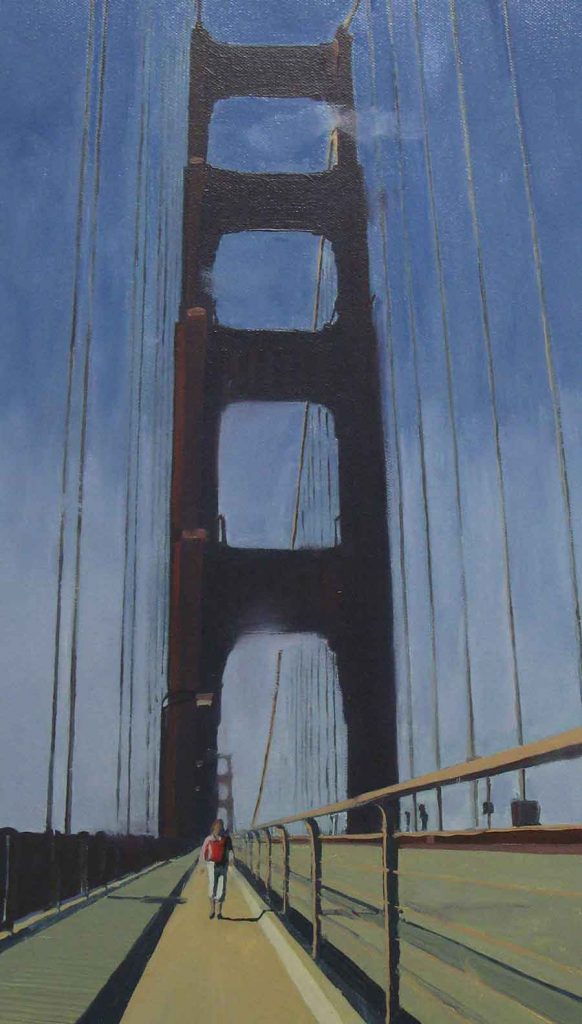 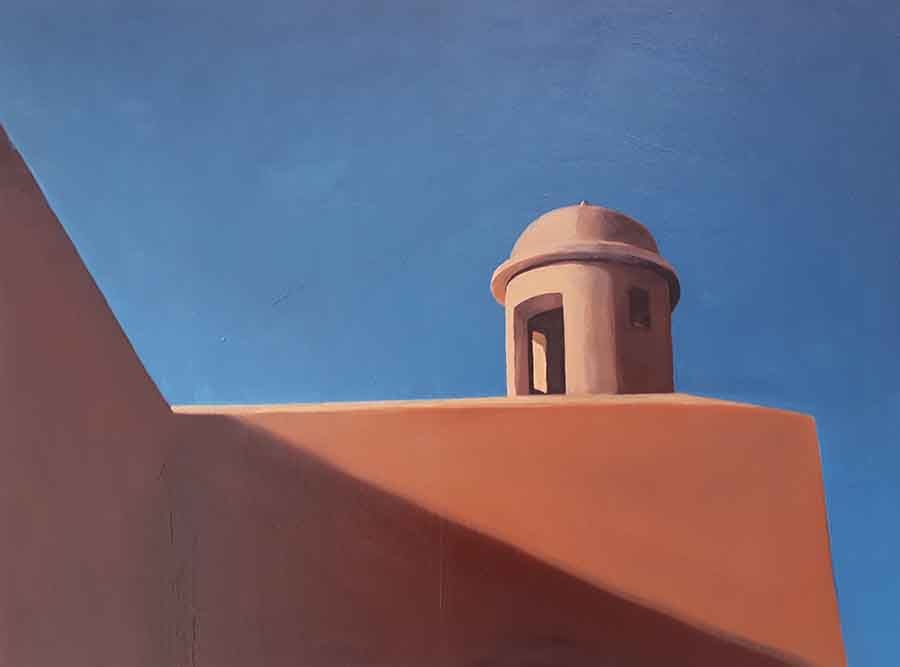 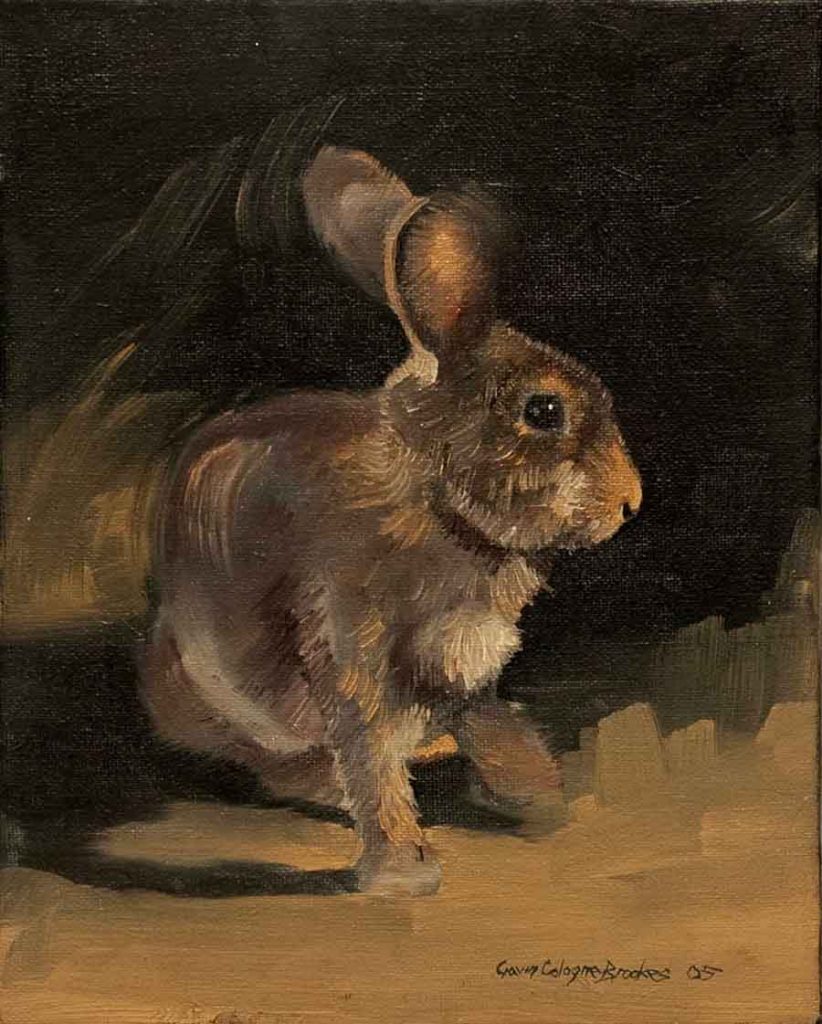 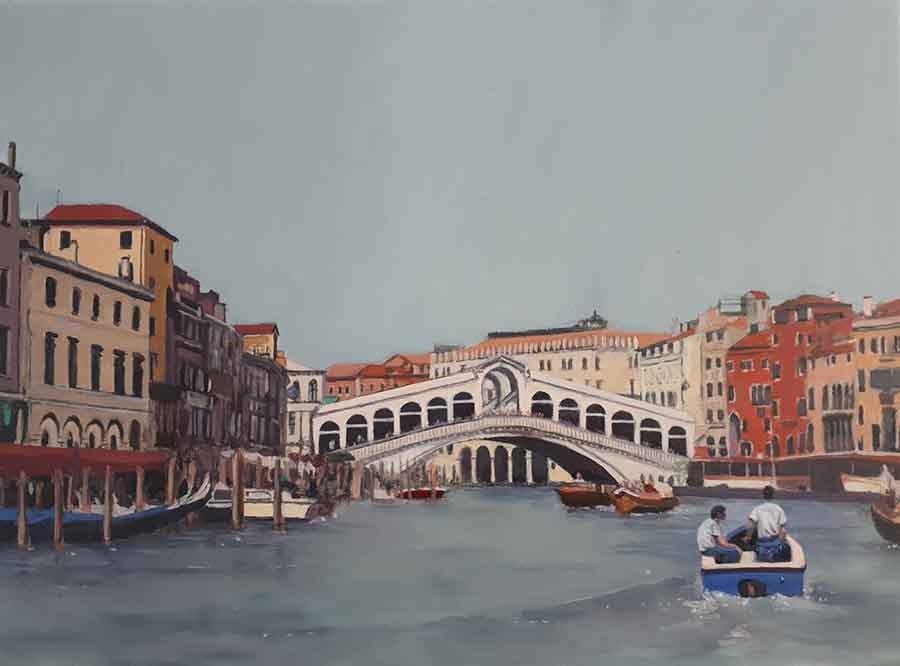 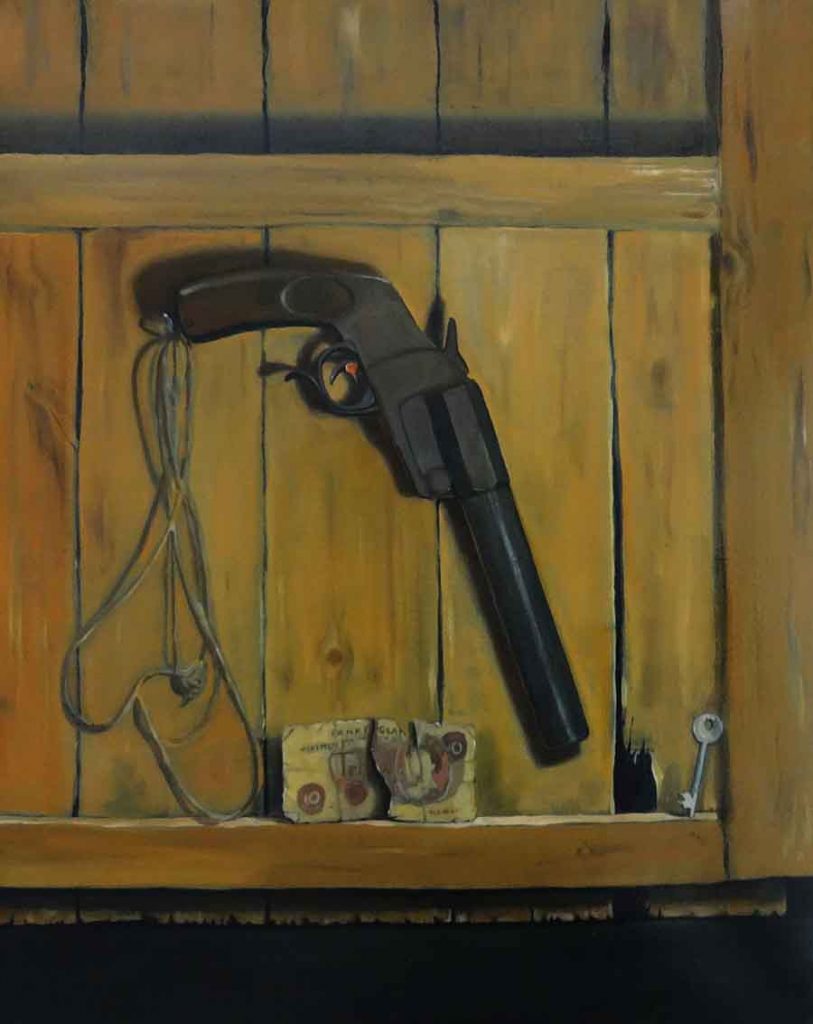 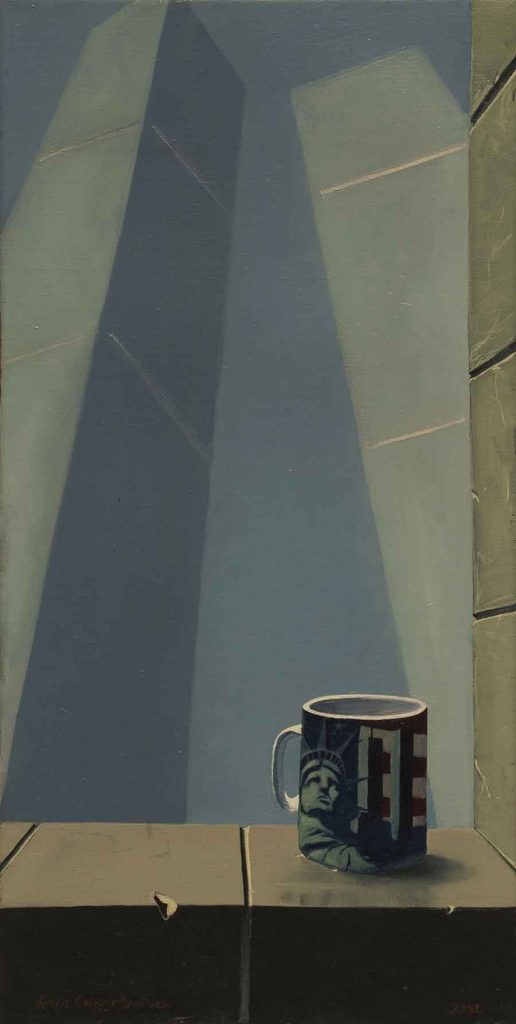 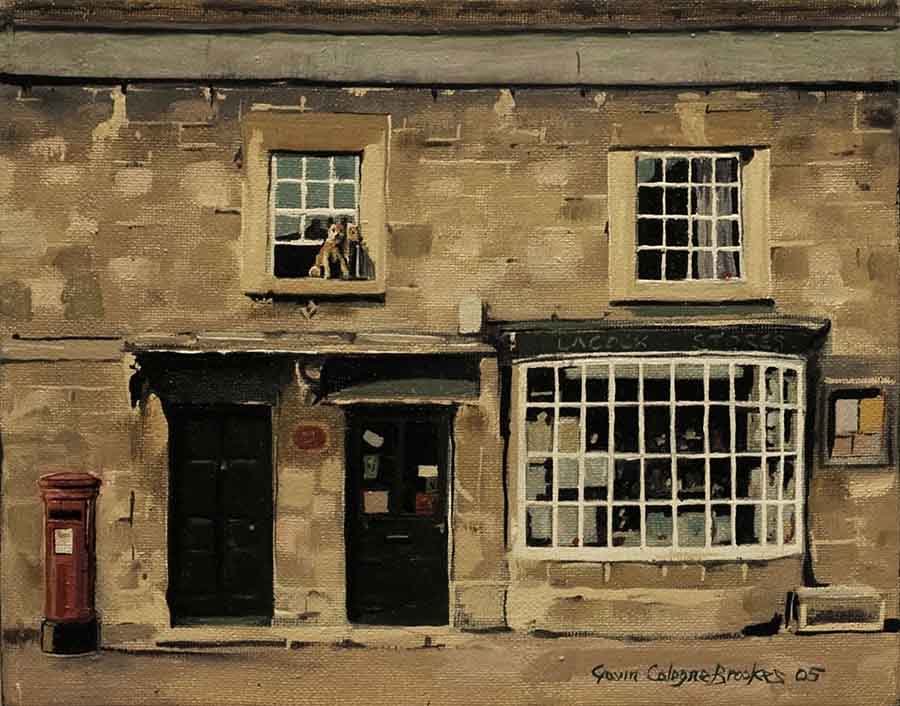 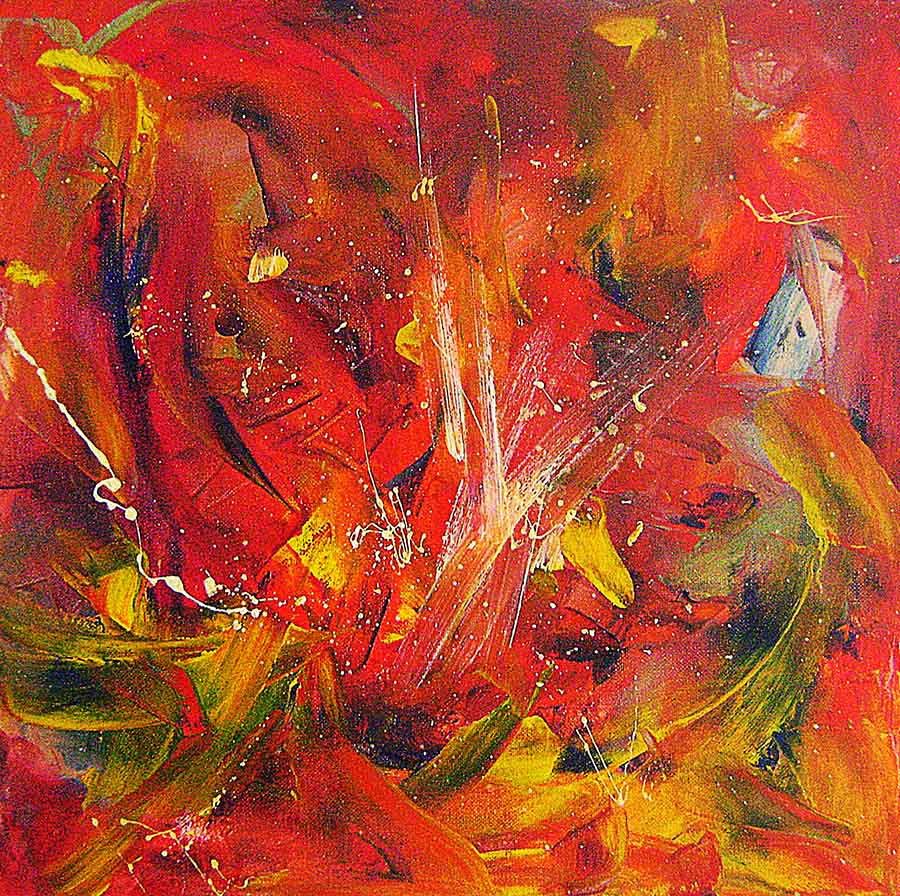