These are glimpses of other lives, often in unfamiliar cultures. I look for people who appear to be in an interesting mood. This may be a state of grace, whether of tranquil inactivity or concentrated activity, or an altogether more ambiguous state of mind

One person who appeared none too happy became “Anzio Lady on the Moon.” She was sitting by the roadside opposite a broken chair that seemed to represent her deceased husband. I set her down in the Sea of Tranquility. The Romanian waitress clearly had much on her mind. She smiled at customers but not when alone. “Students, Berlin” and “Cleaner, Kraków” come from the time when a colleague and I took groups to Kraków and Berlin. “Dust Bowl” is a scene from the The Grapes of Wrath. I donated it to the Steinbeck Center in Salinas, where I gave talks between 2011 and 2013. “Companions” arose from a dawn-to-dusk day walking from the Embarcadero to the Golden Gate Bridge and back. Two early paintings, “After de La Tour” and “After Vermeer,” were lessons in traditional techniques, light, and painting the human face. Georges de La Tour’s subject matter of contemplation also attracted and influenced me. I copied Vermeer’s painting after reading that a painter can get away with more white near the face, since eyes in particular are so compelling. I began without colour and her pale face spooked me into turning the painting to the wall. This evidence of the power of the look led eventually to portraits. 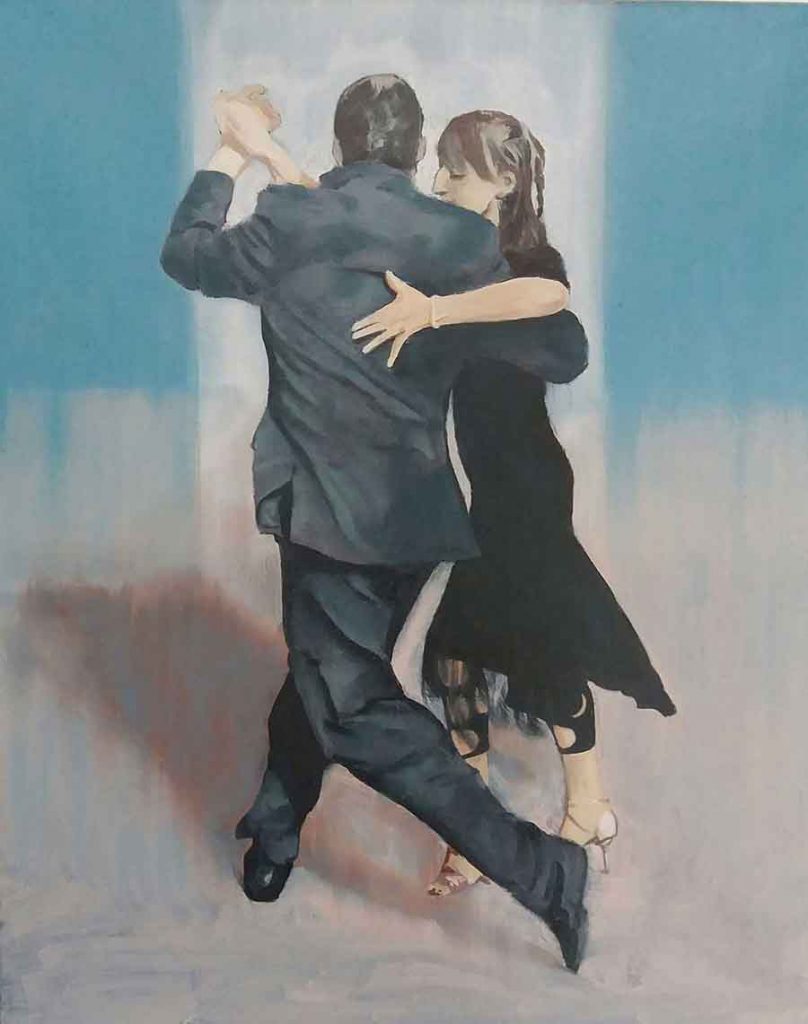 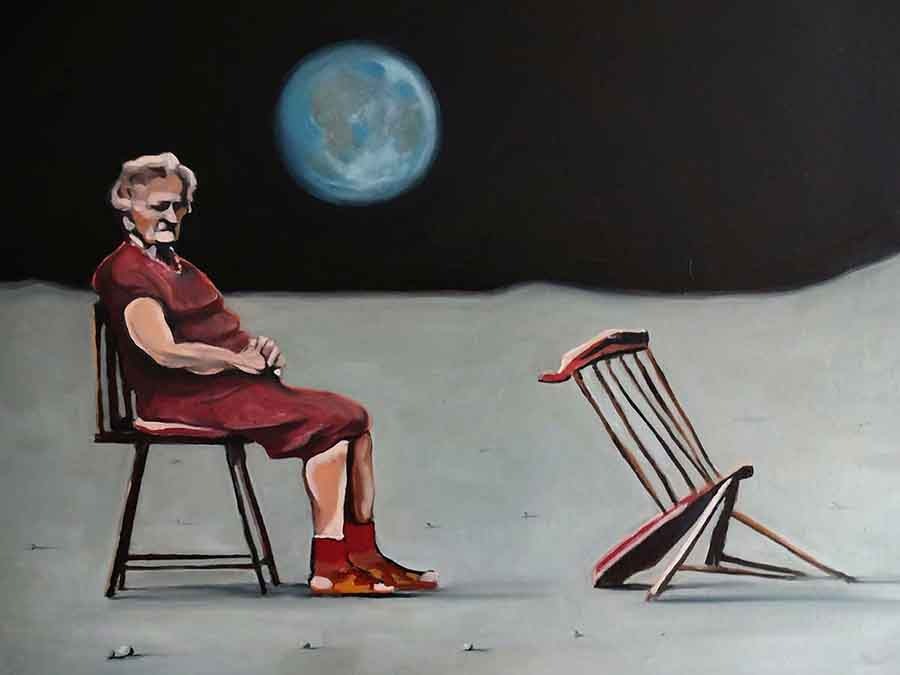 Anzio Lady on the Moon 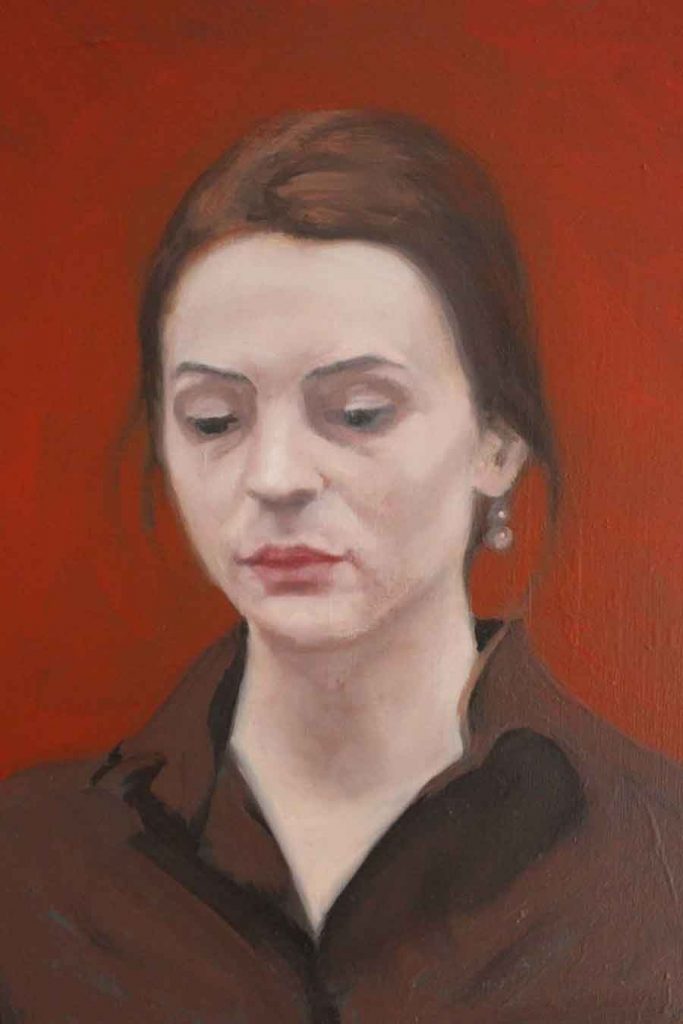 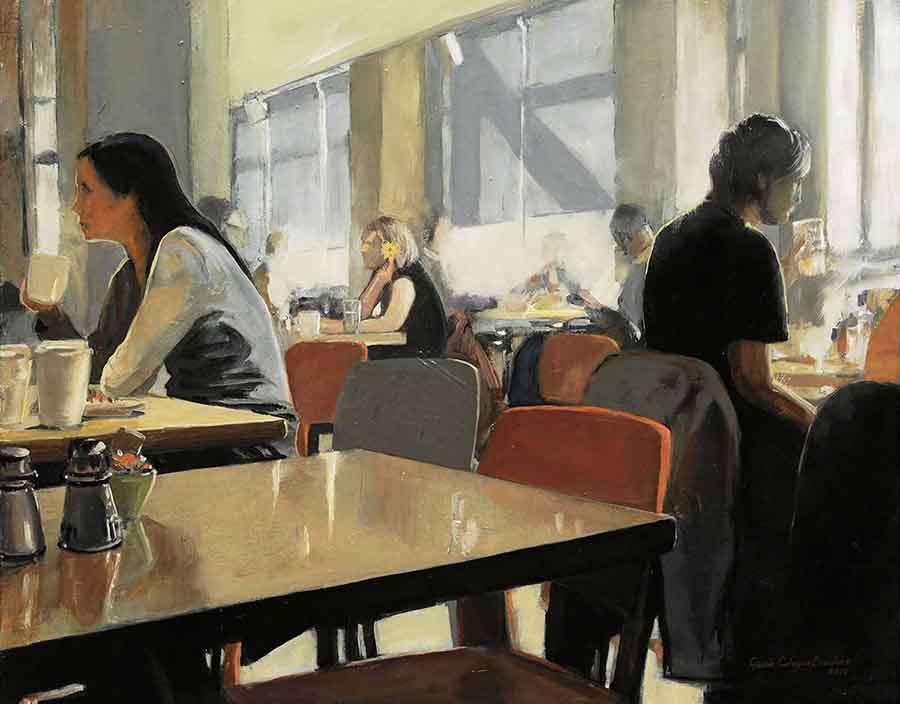 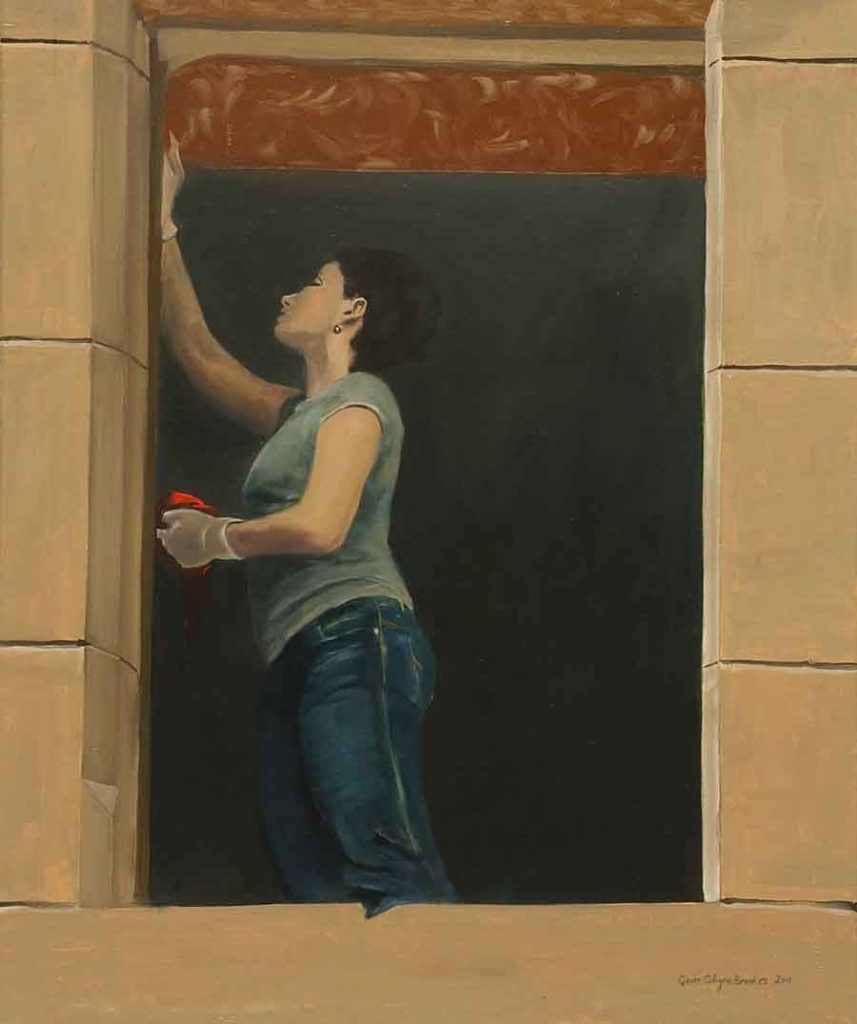 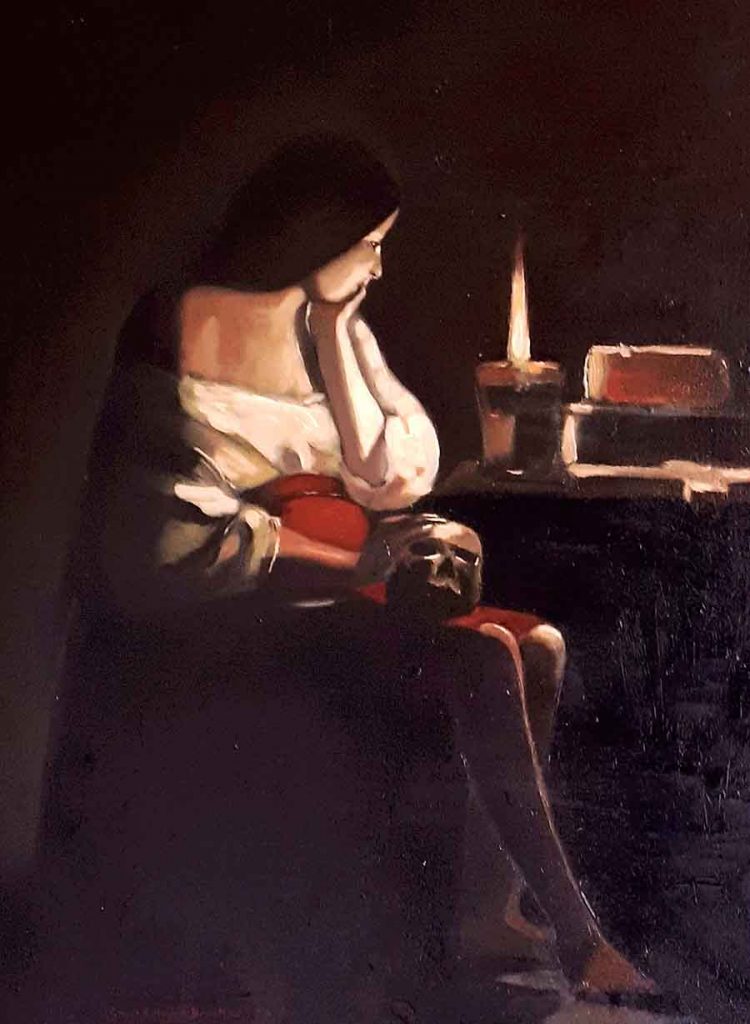 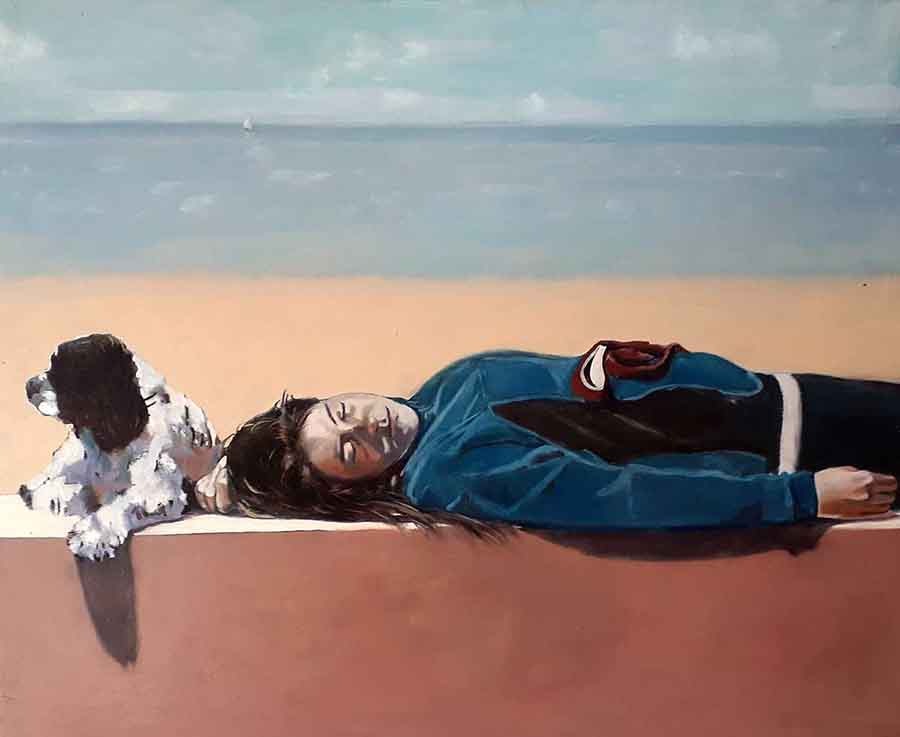 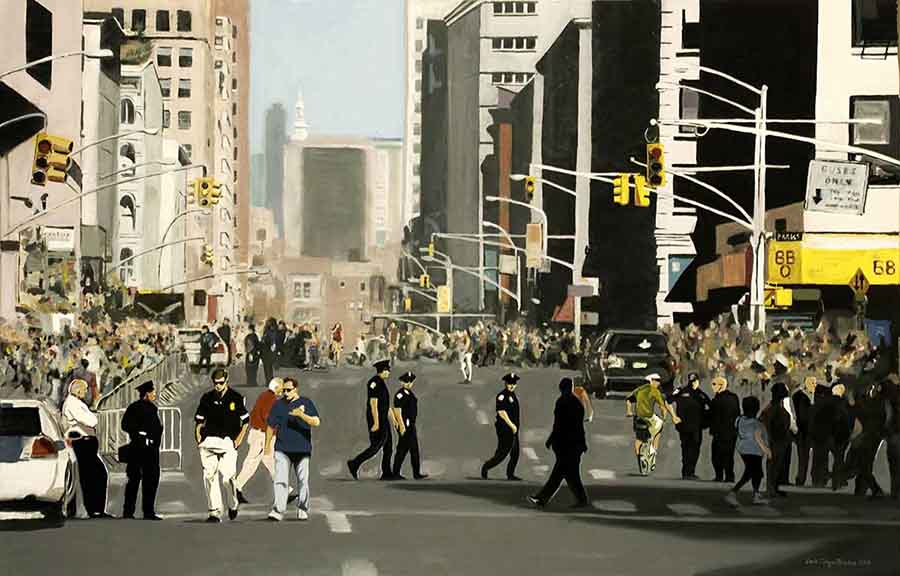 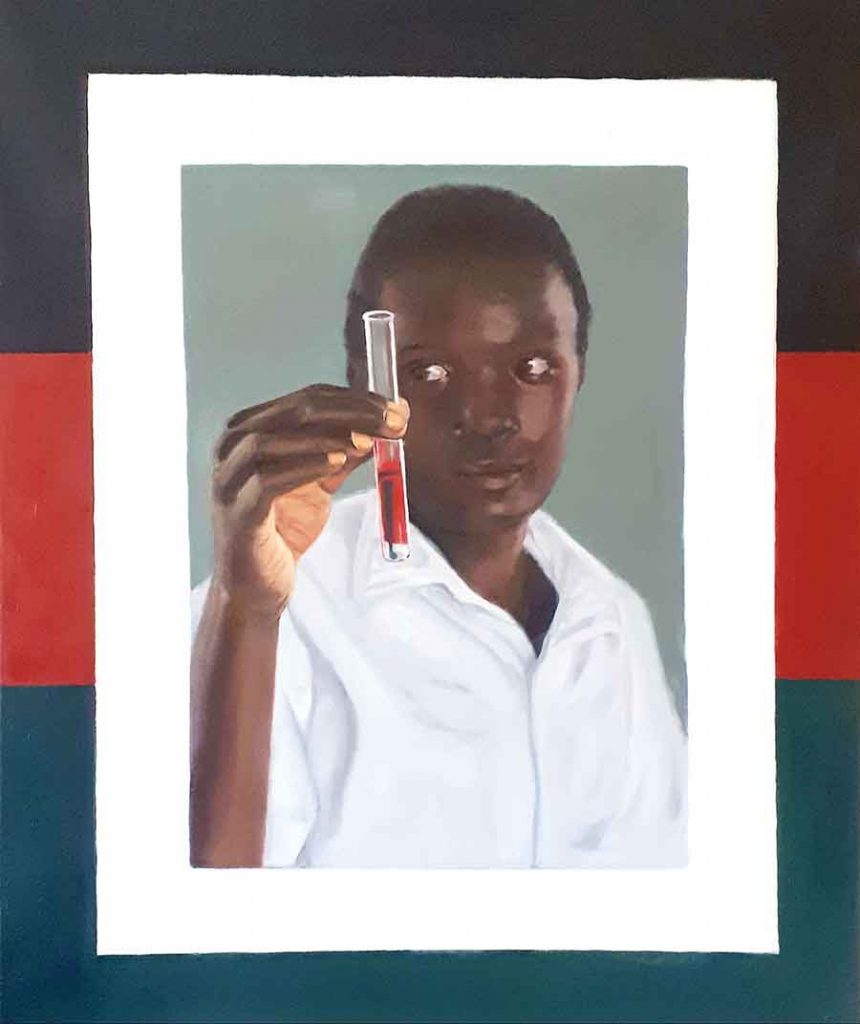 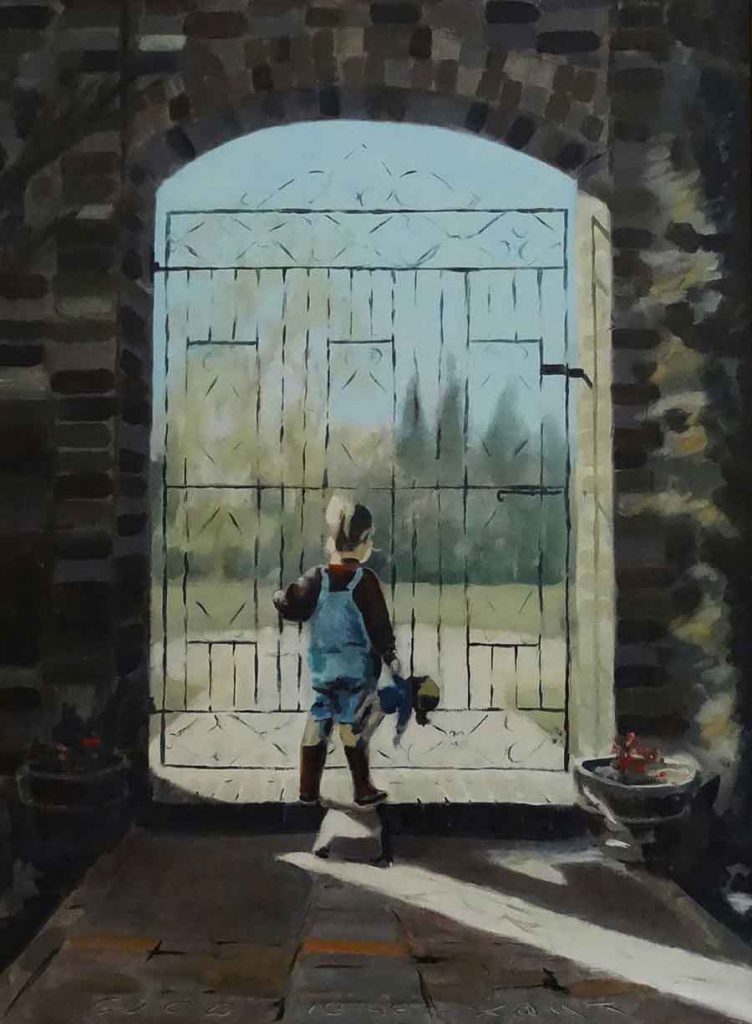 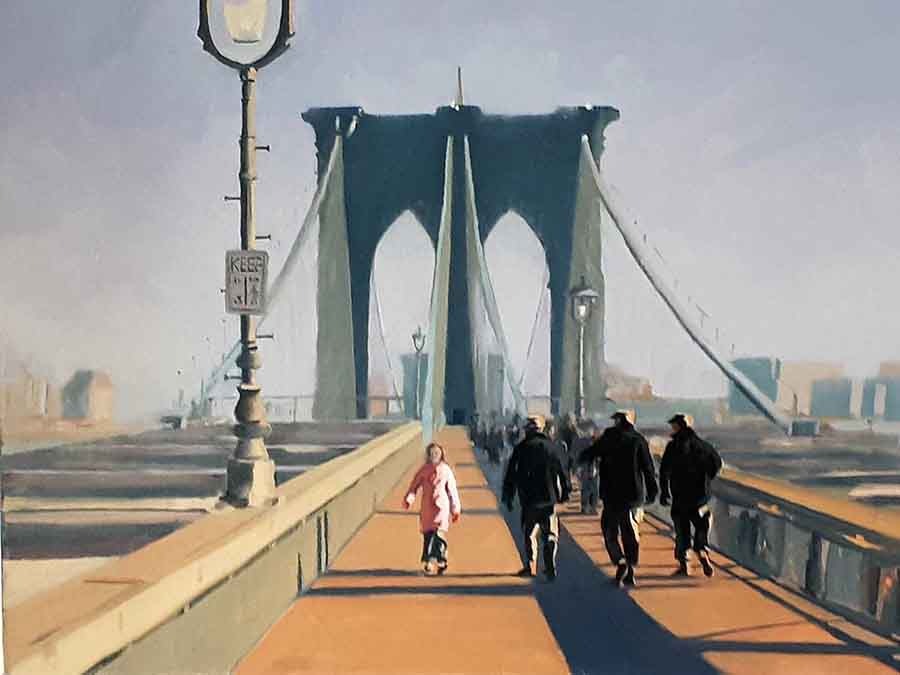 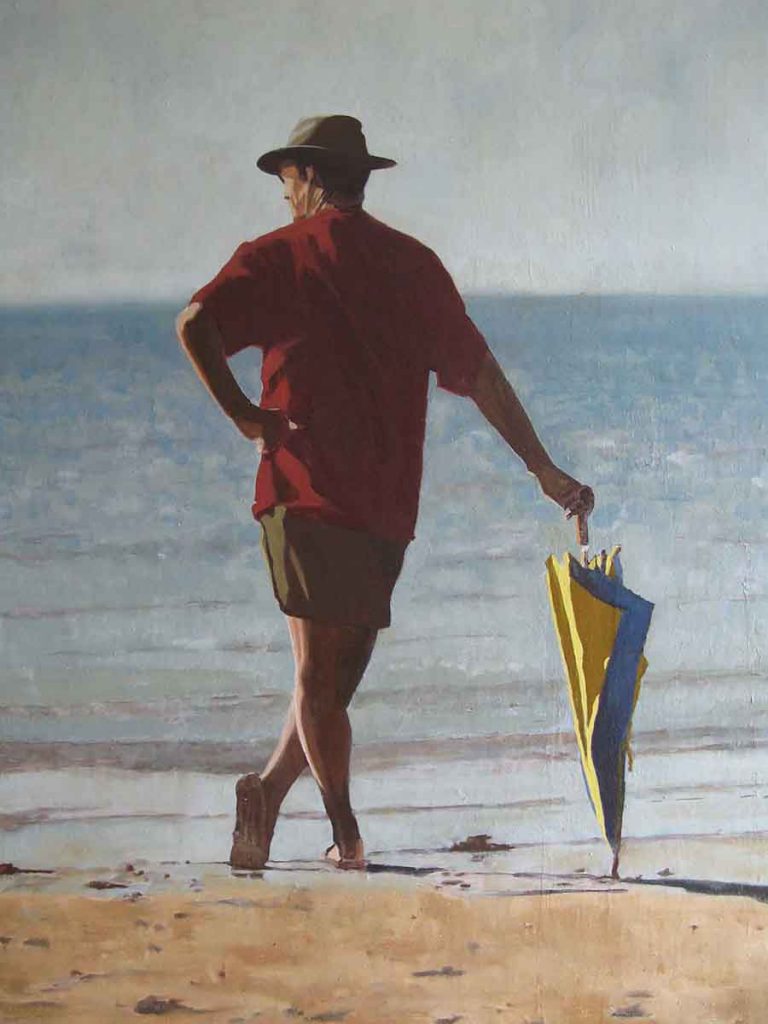 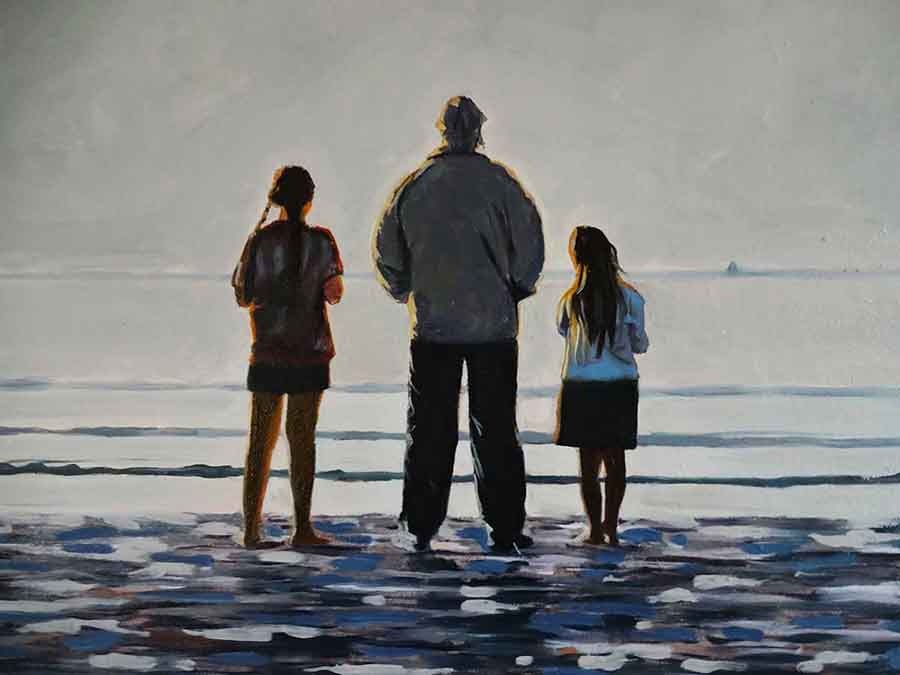 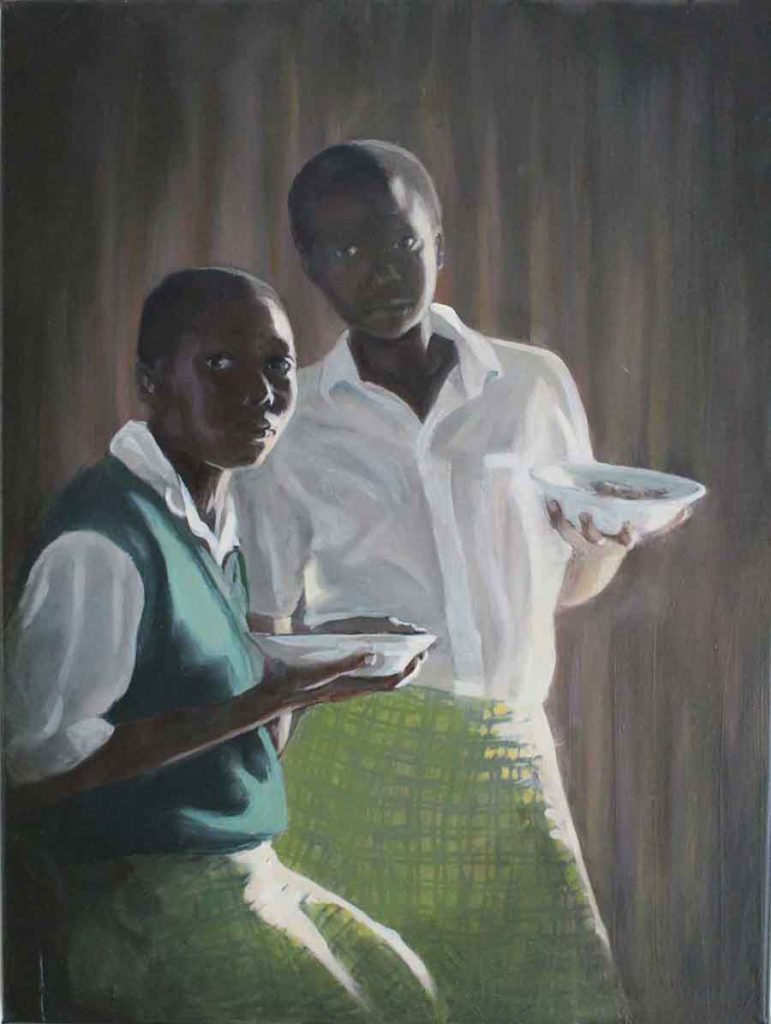 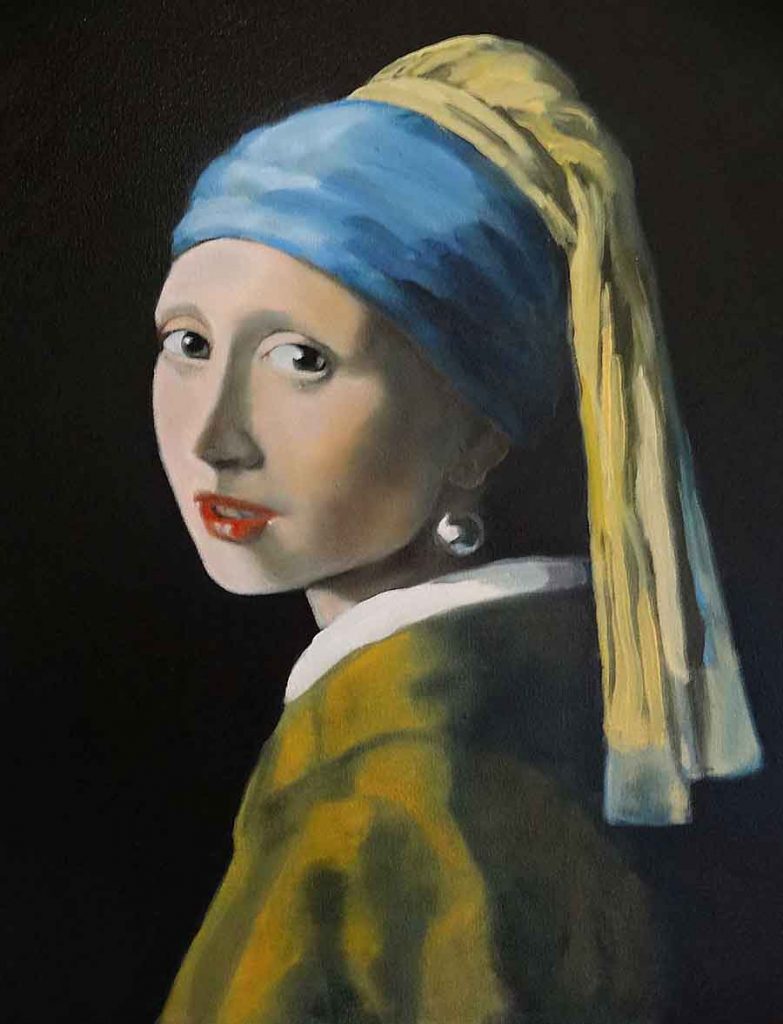 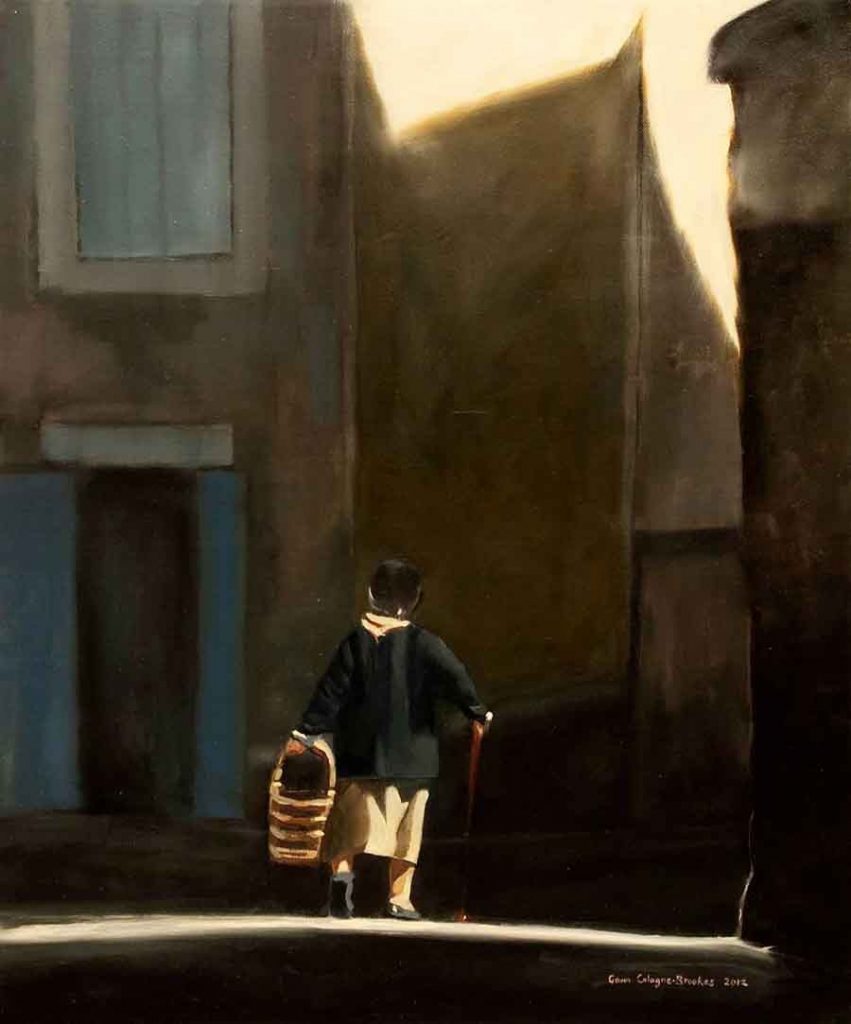 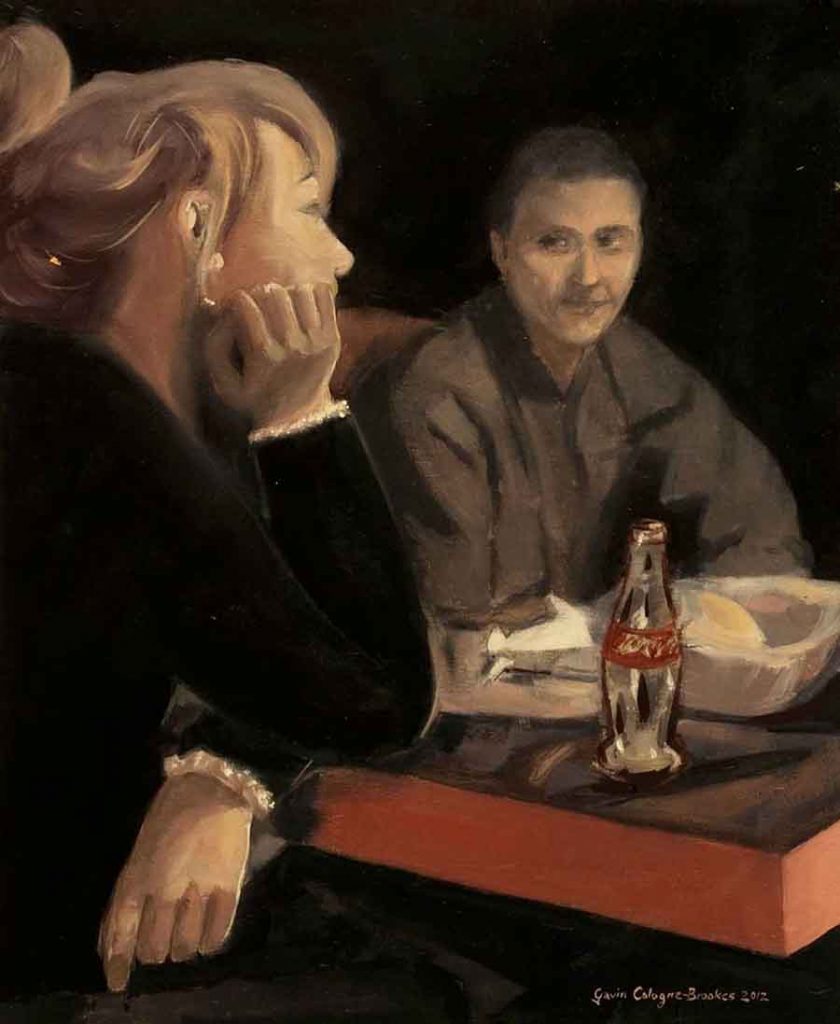 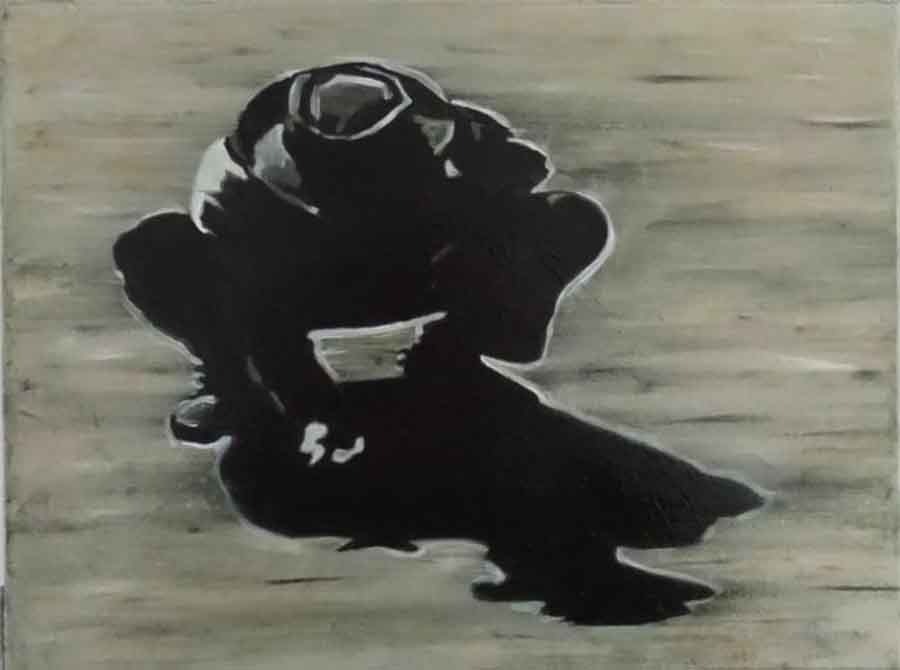 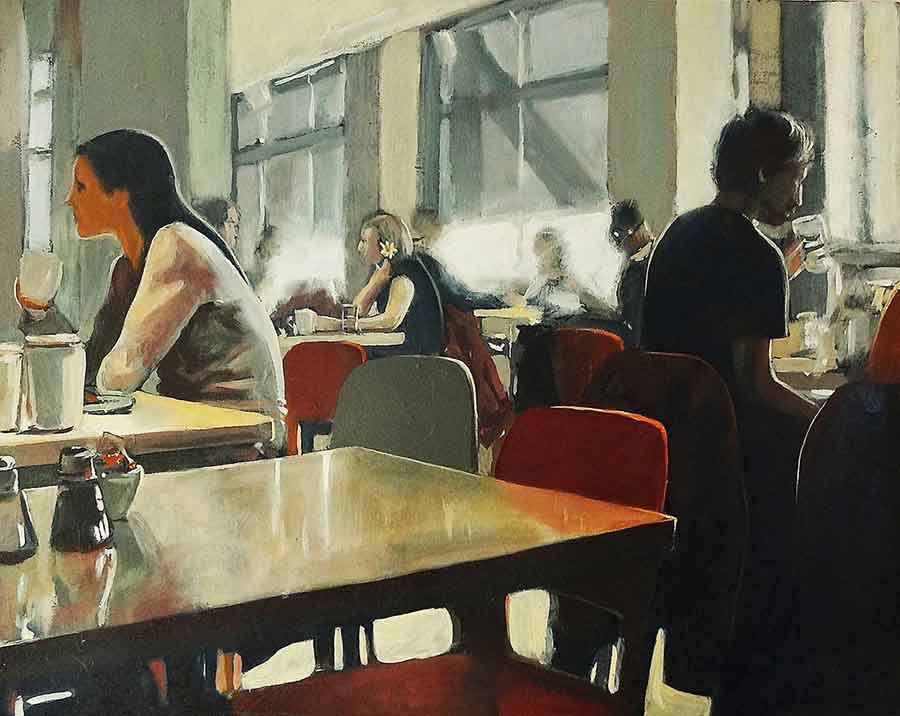 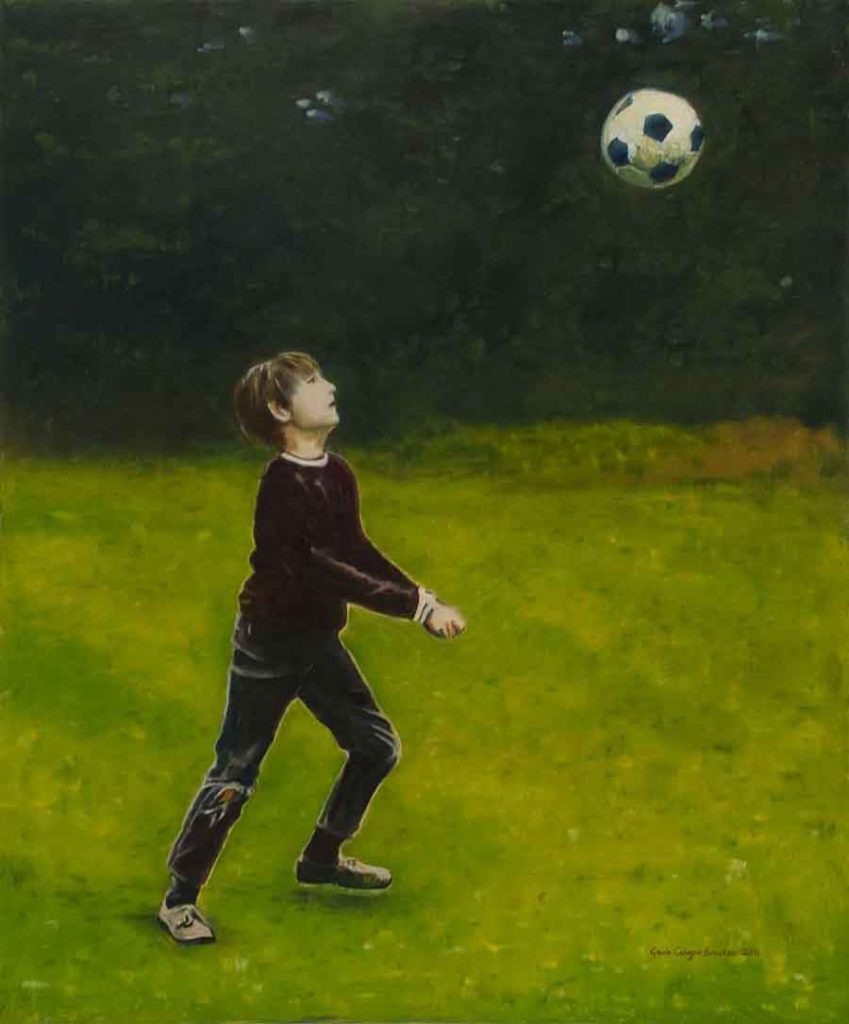 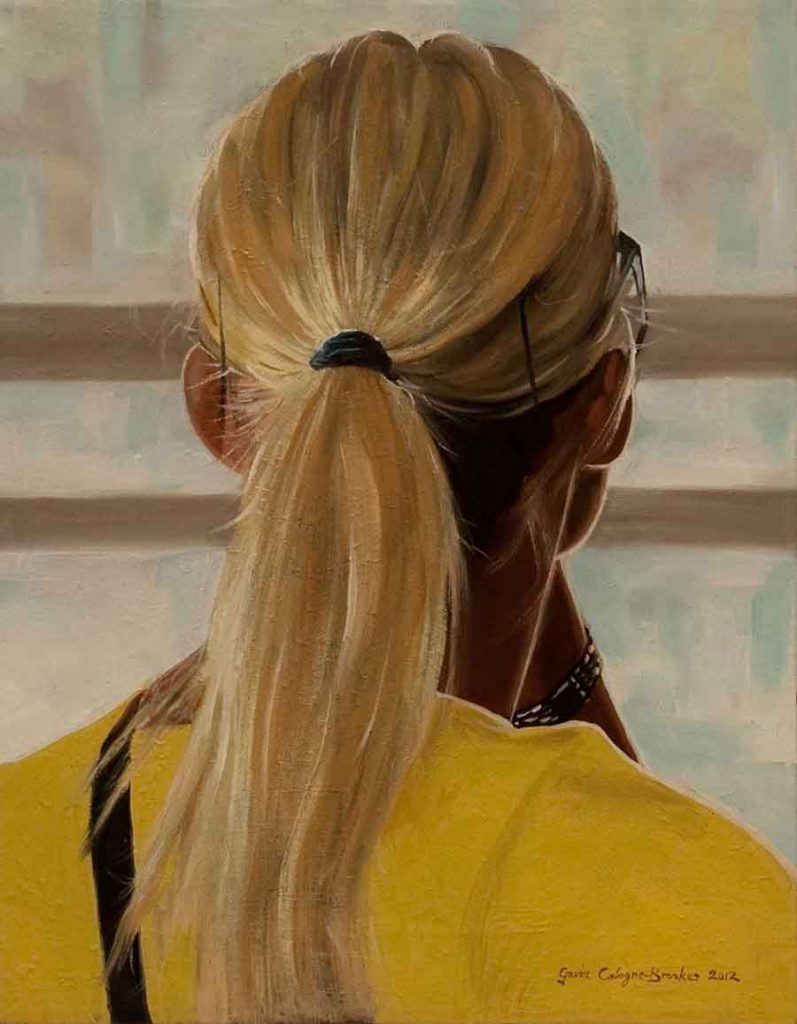 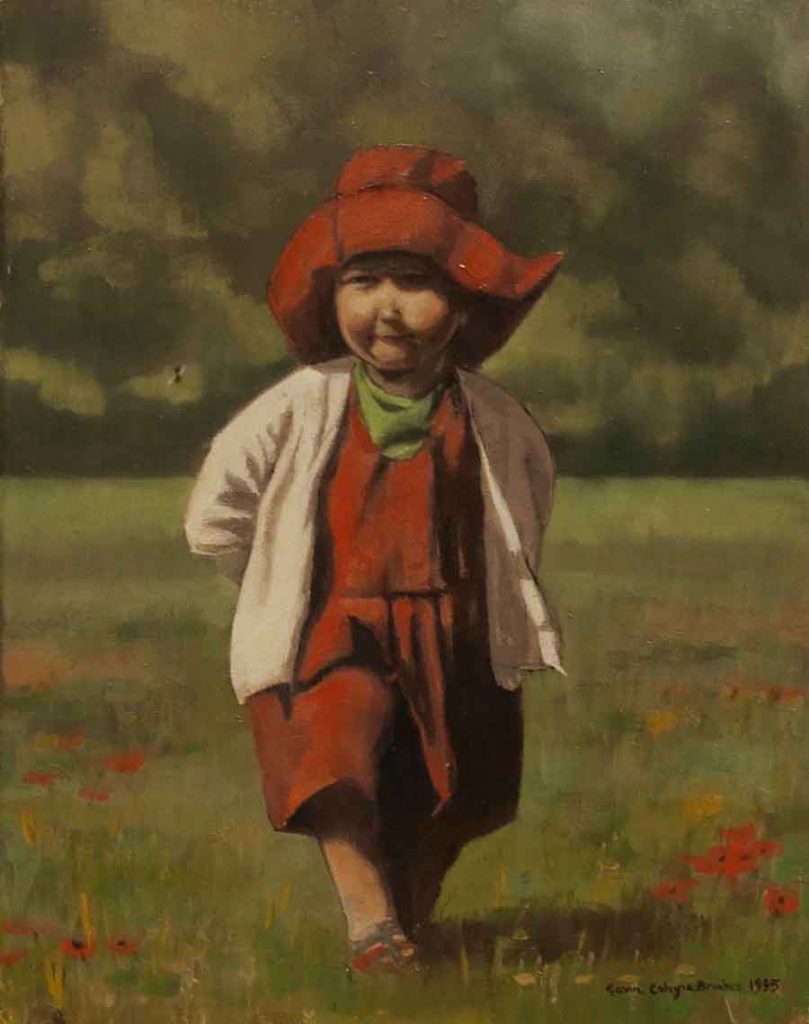 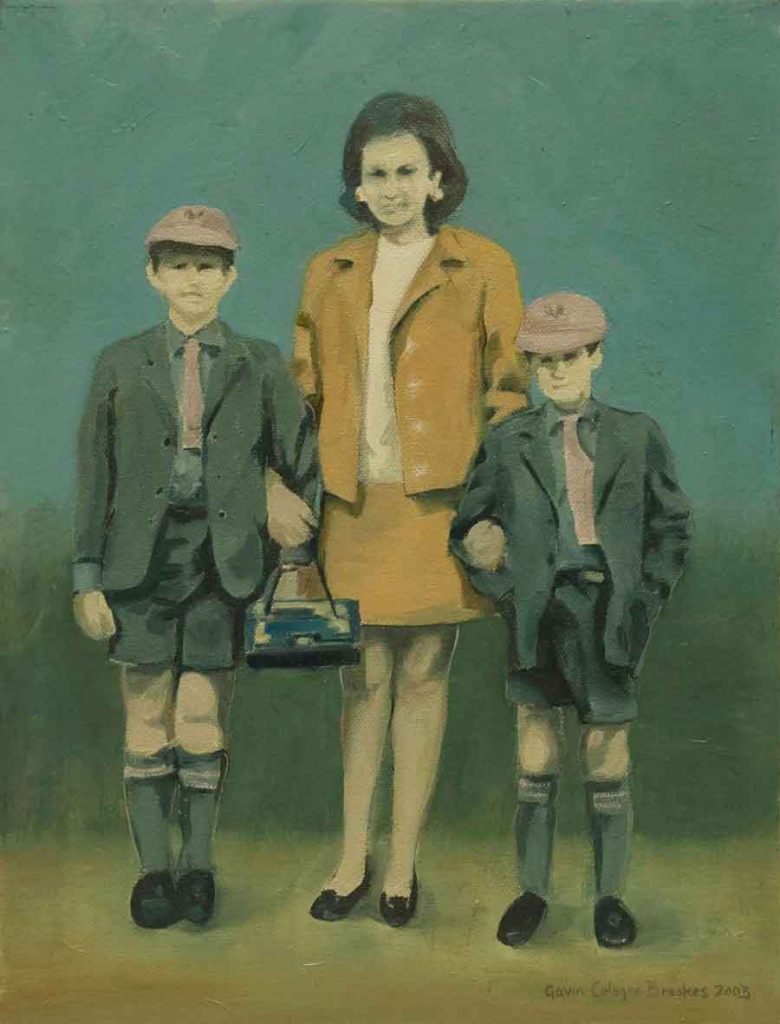 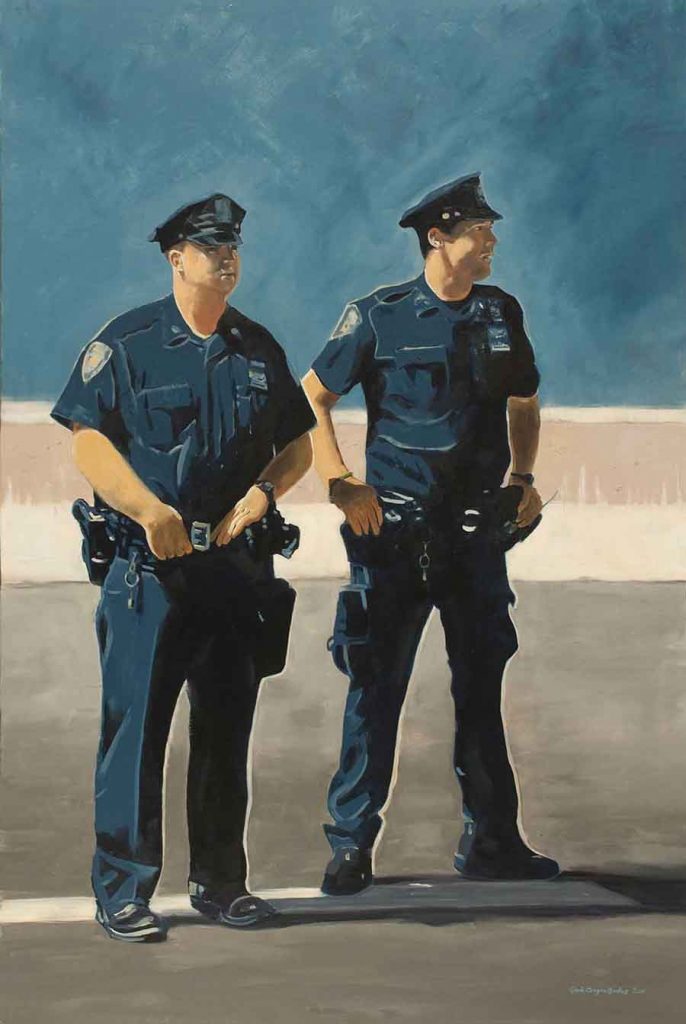 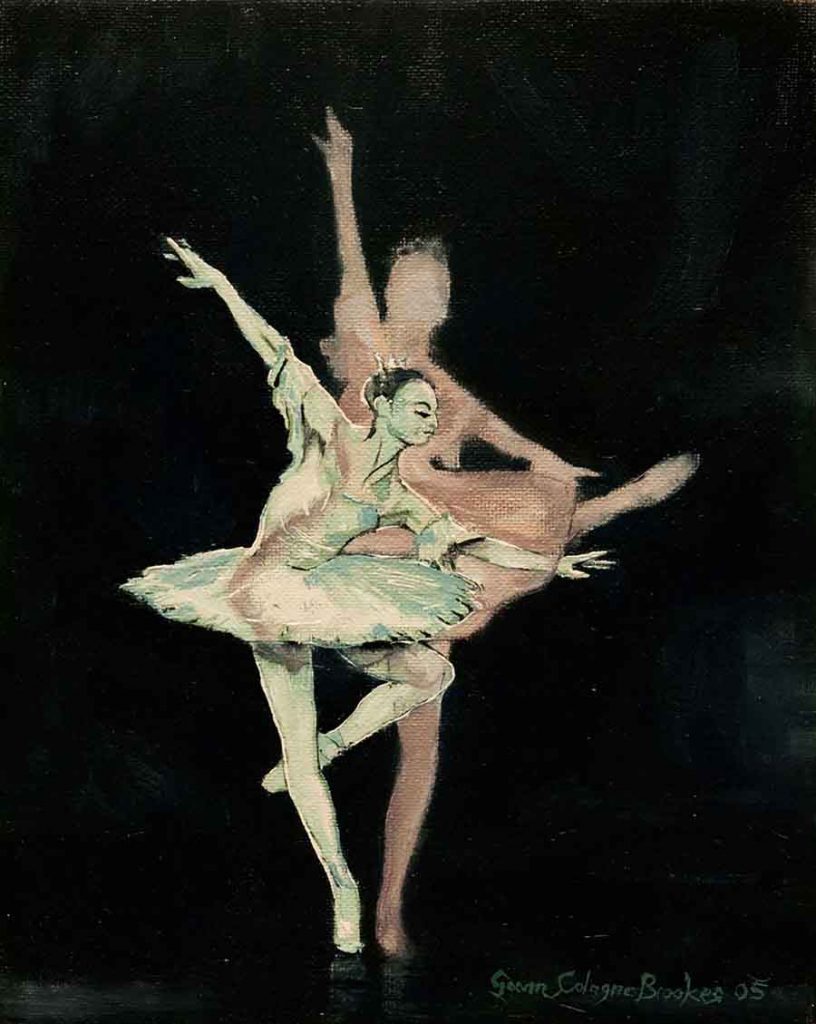 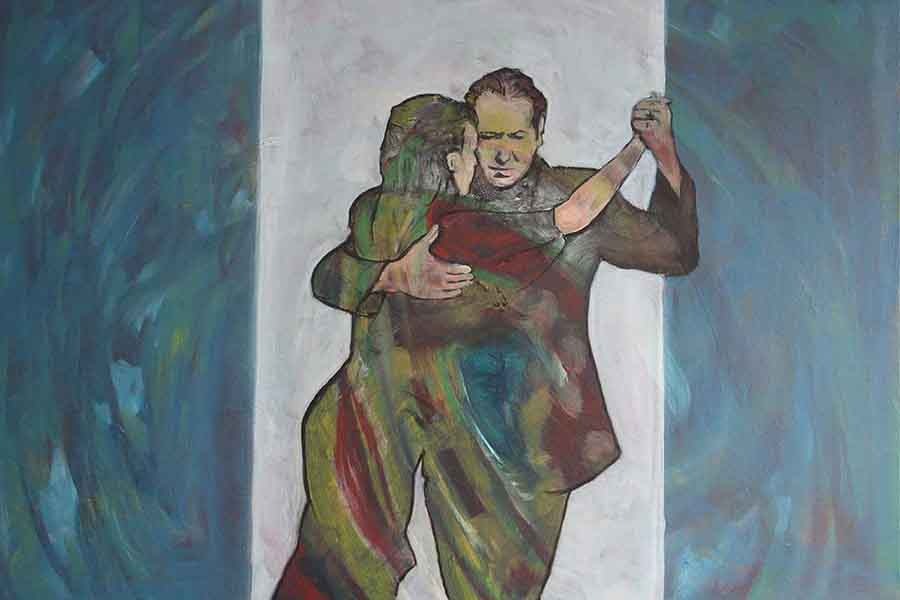