Portraiture is my most rewarding form of painting. There is nowhere to hide. You either capture the spirit of the person or you don’t.

The portraits divide into two categories: writers or musicians, and family. I have been lucky enough to know some accomplished writers. The Arthur Miller portrait came about because in the summer of 1990 I lived near his home in Roxbury, Connecticut. I called by to have him sign some books. He is holding his autobiography, Timebends. The Styron portrait is based on a photograph I took when we first met. The Oates portrait is based on how she looked when I interviewed her on stage in Chicago in 2010. The Styron and Springsteen portraits are now book covers. The Oates portrait appears as part of the essay-memoir, Joyce Carol Oates Ou Quelque Chose D’Approchant. ‘Gothic Bill’ is a portrait of Gothic Studies scholar, Professor William Hughes, and features as his author portrait on the back of his 2015 book, That Devil’s Trick. With musicians, I try to capture the movement that is part of their playing. The Springsteen and Clarence Clemons paintings are based on watching multiple videos of performances. Geoff Hadley, father of novelist Tessa Hadley, was playing in a pub in Bath. Caroline Dale lives in the cottage we owned when we first moved to Wiltshire. The portrait is of her giving a concert in the village. 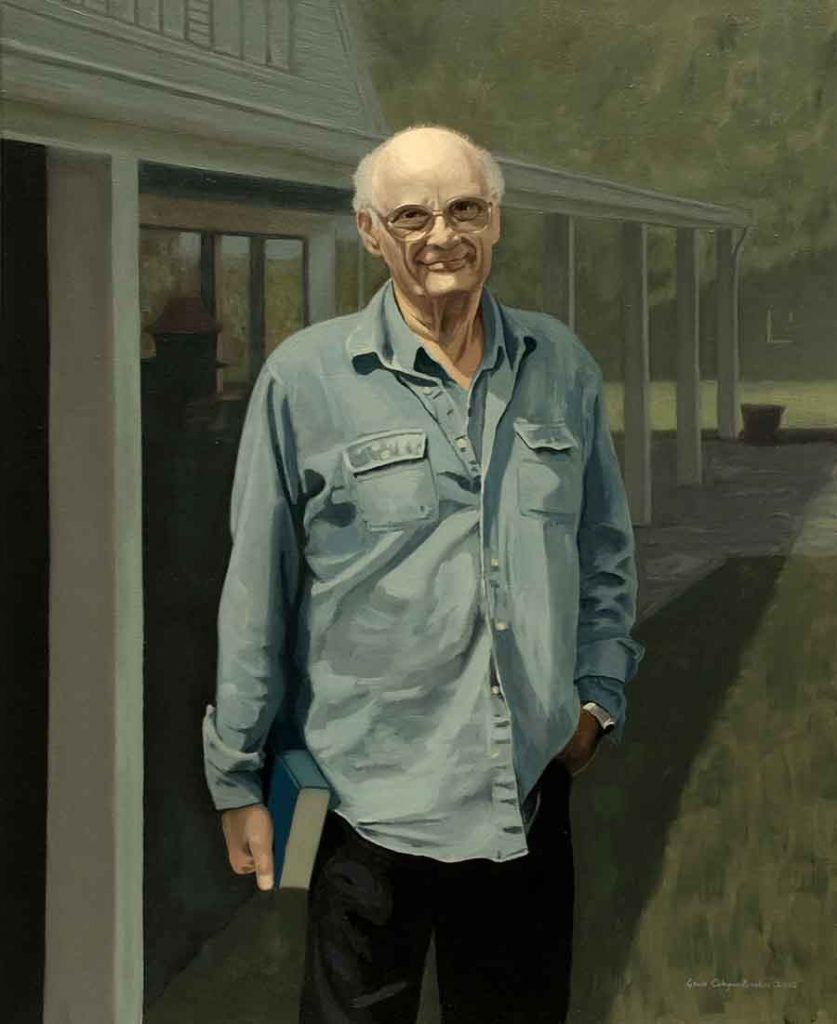 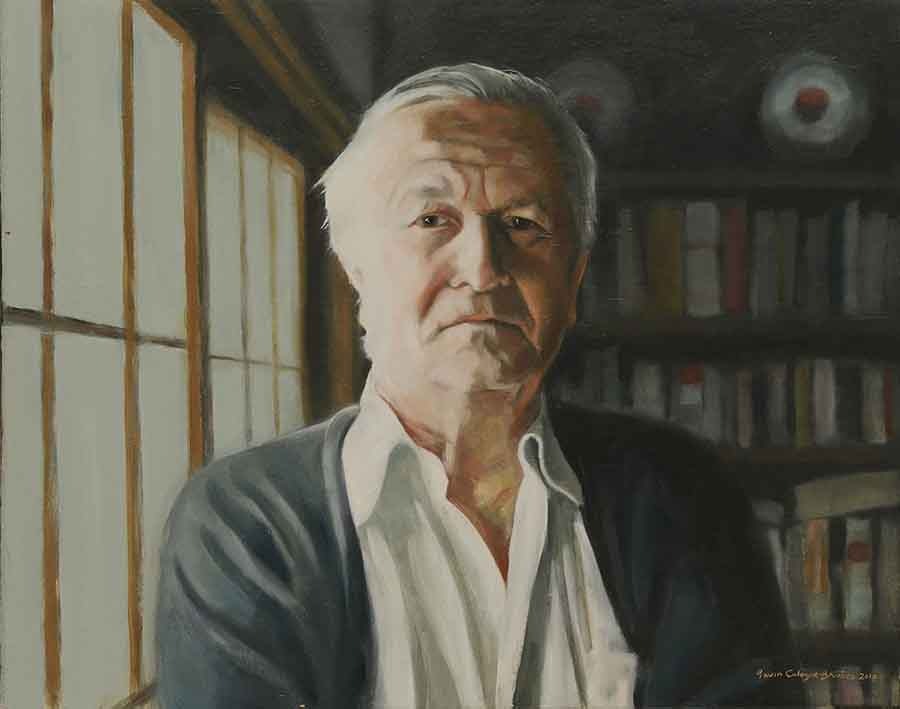 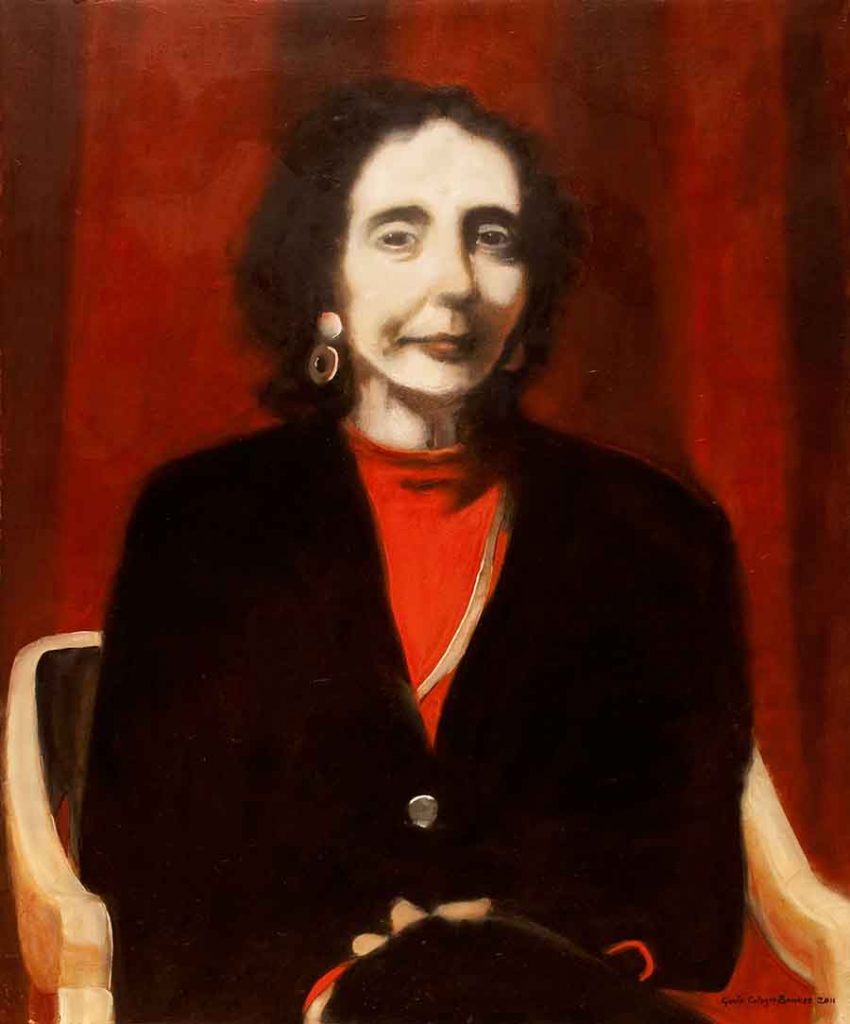 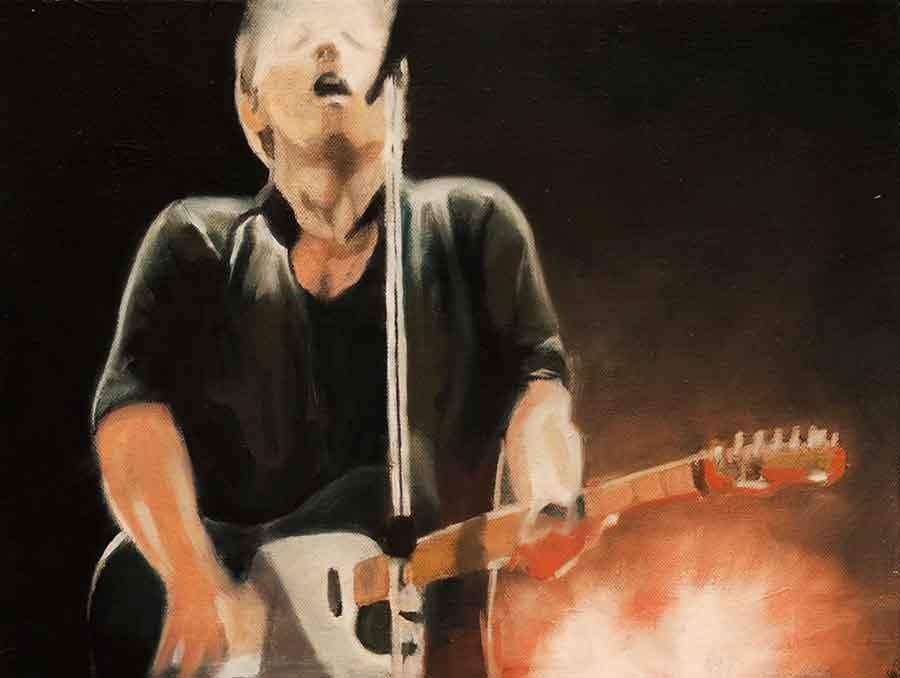 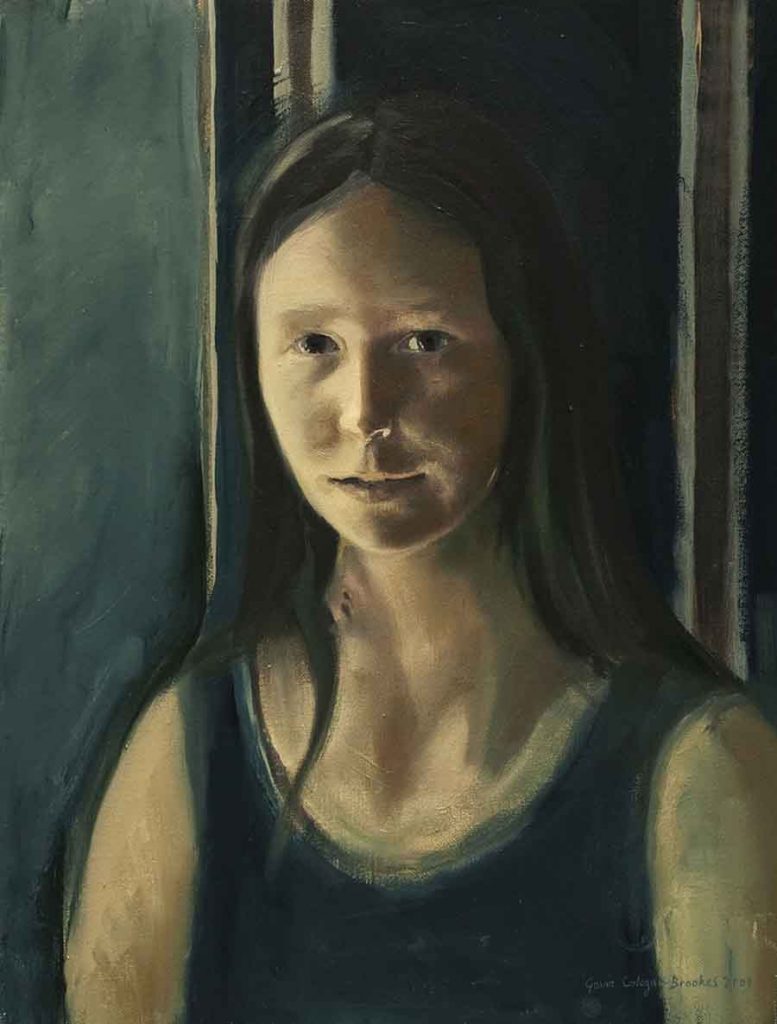 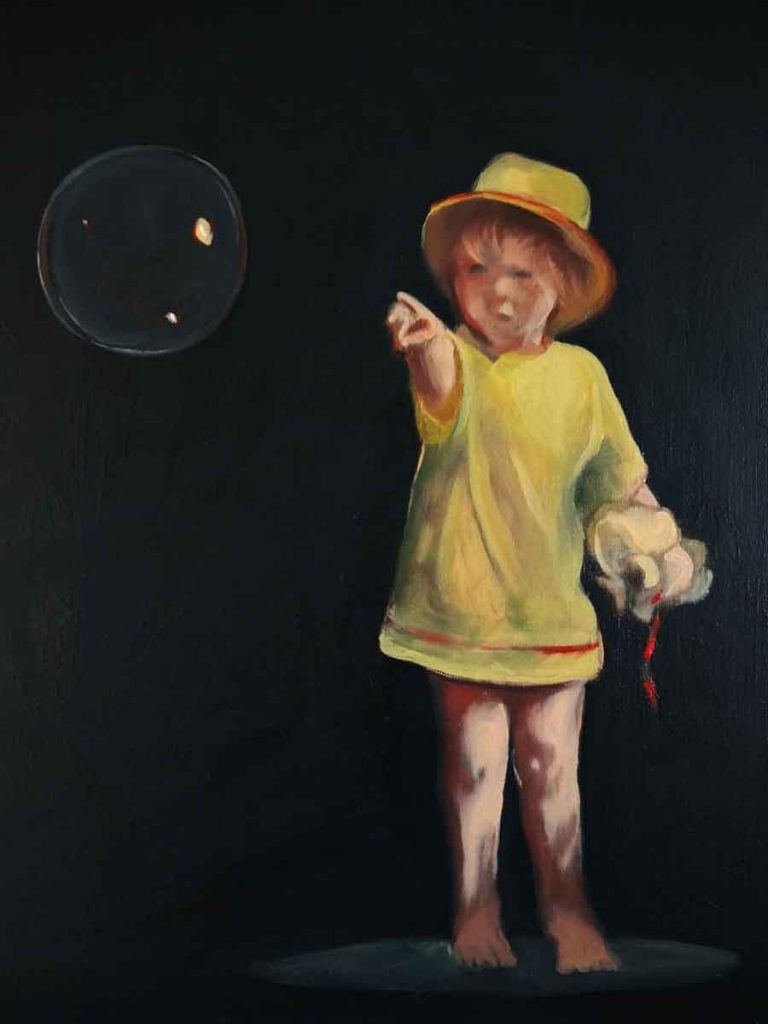 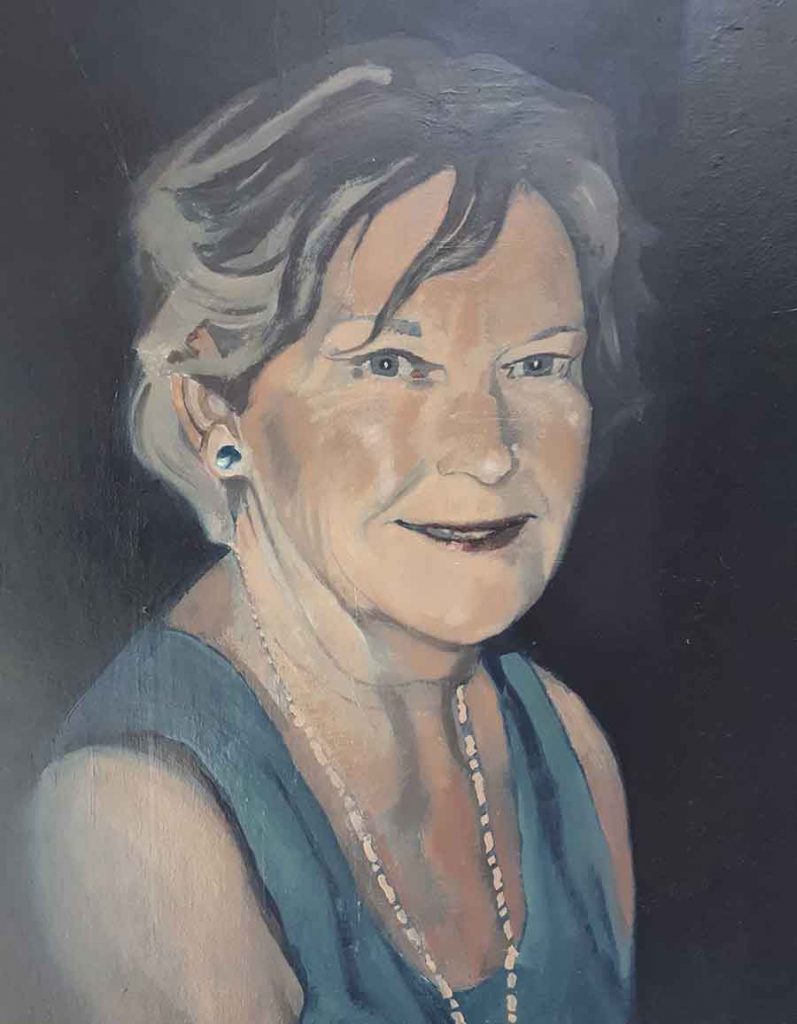 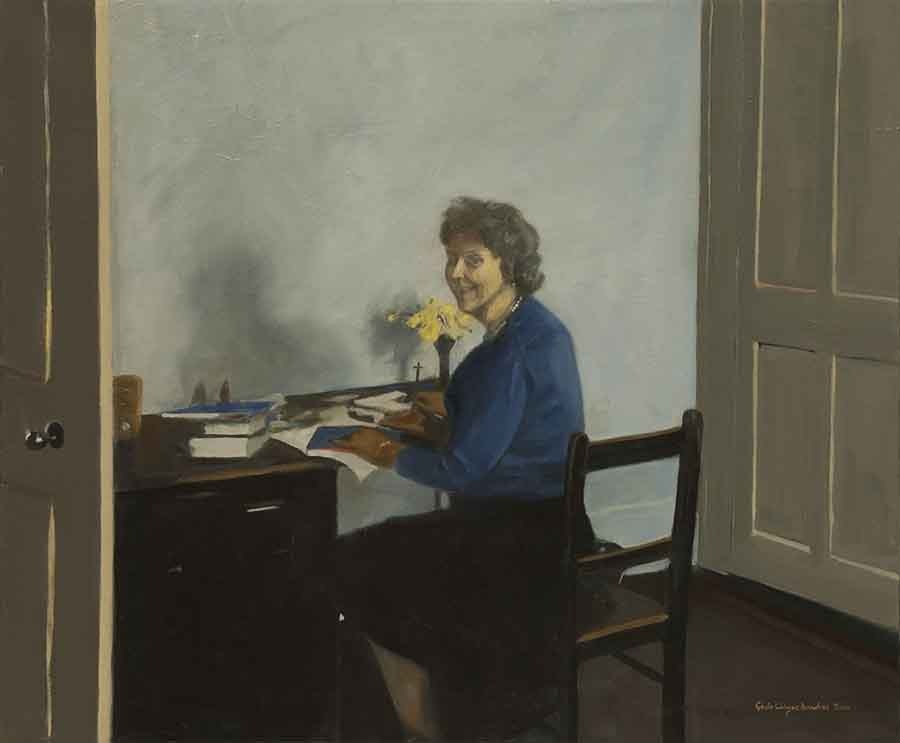 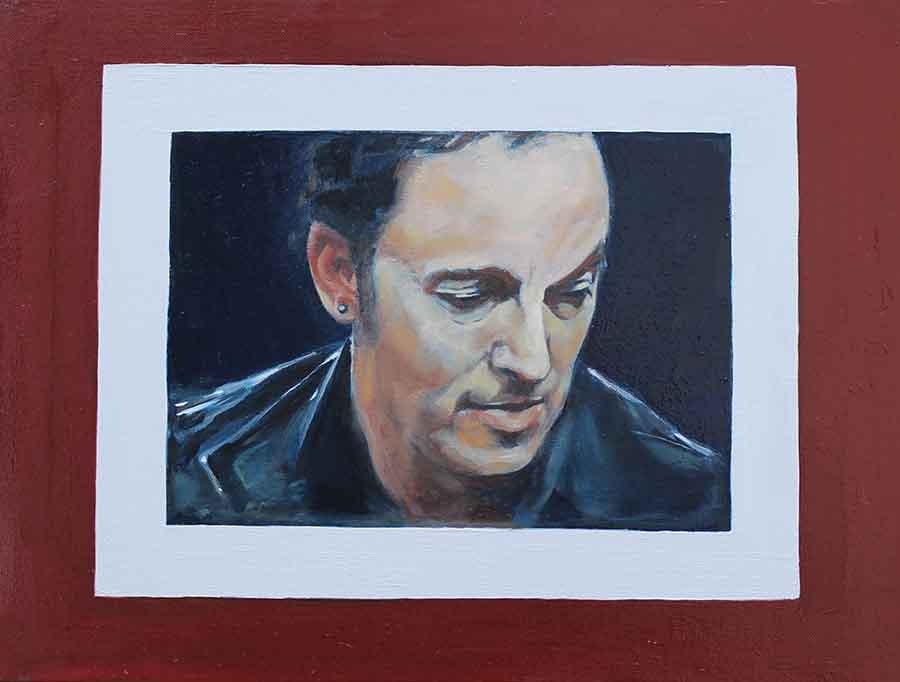 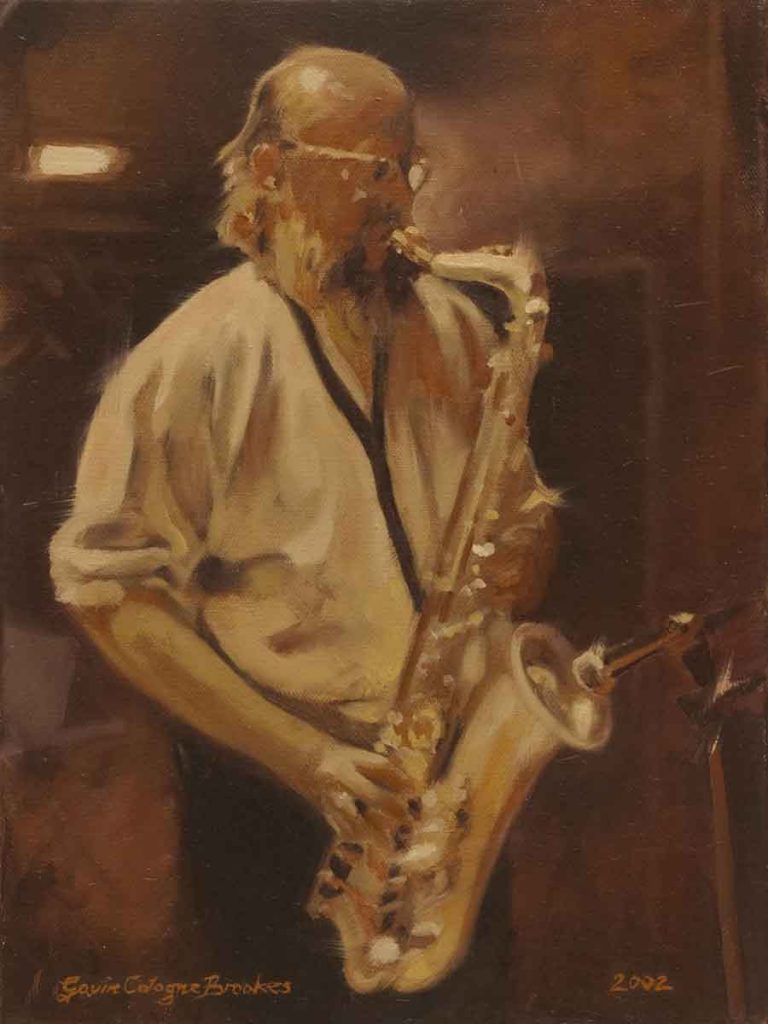 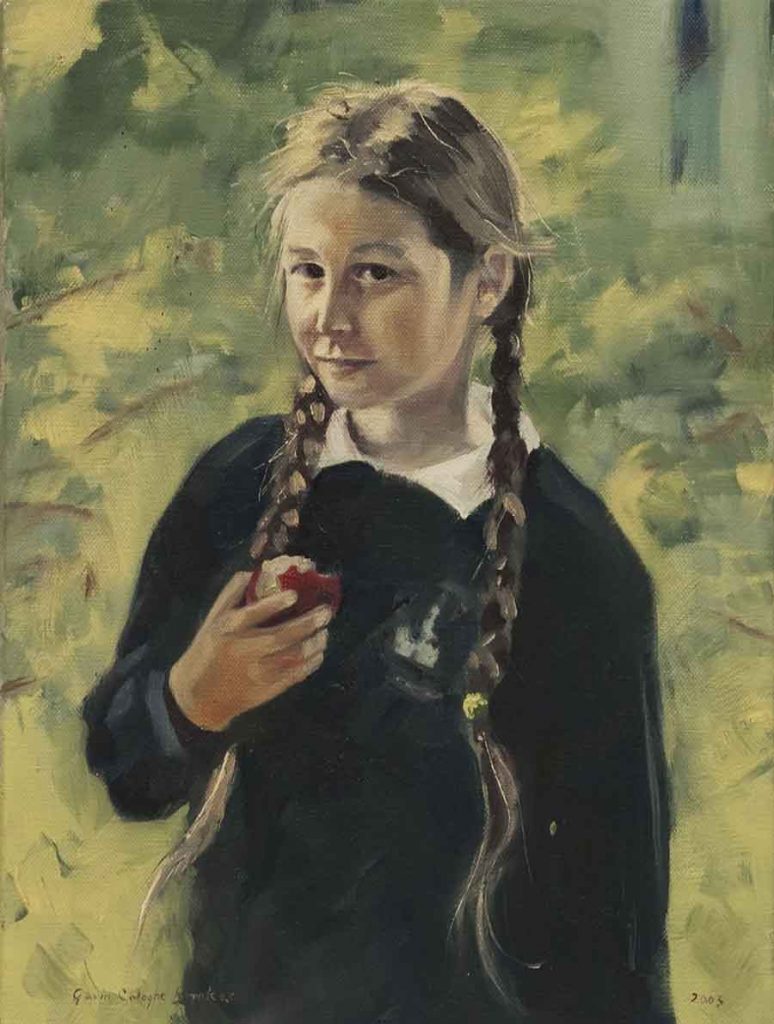 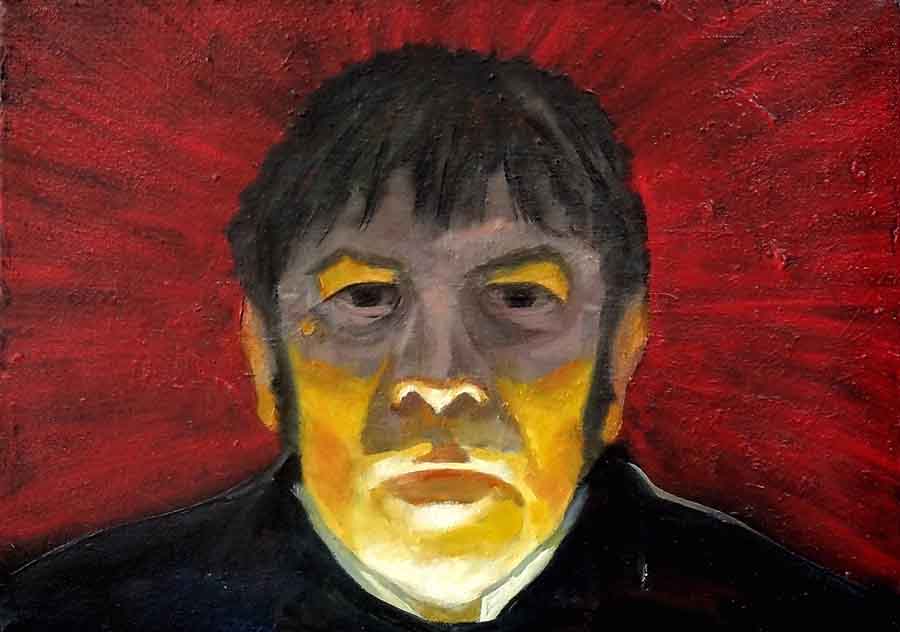 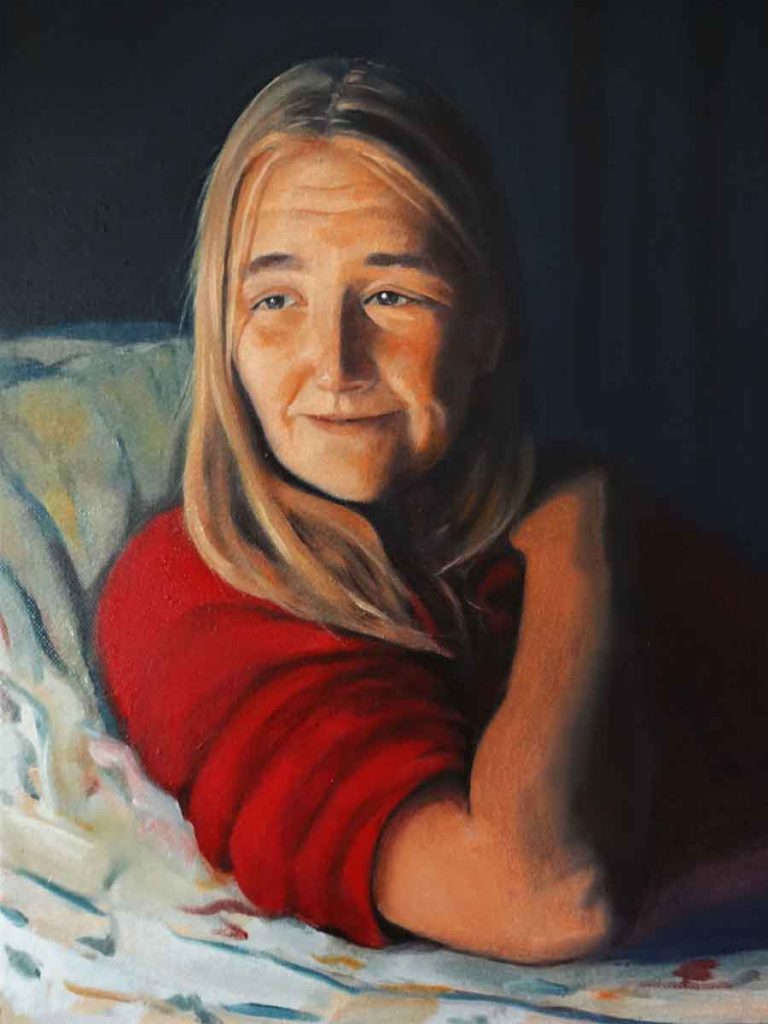 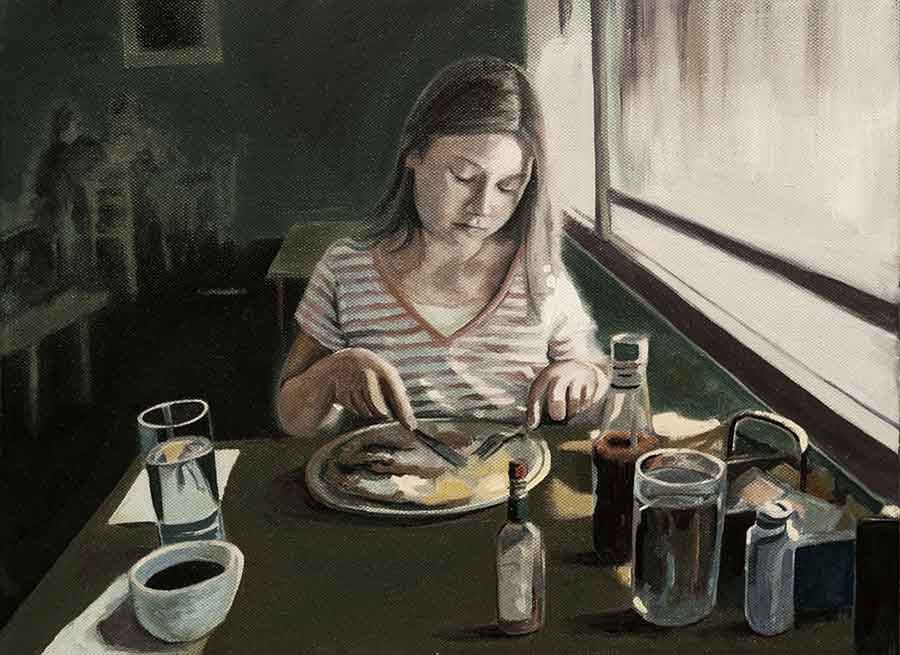 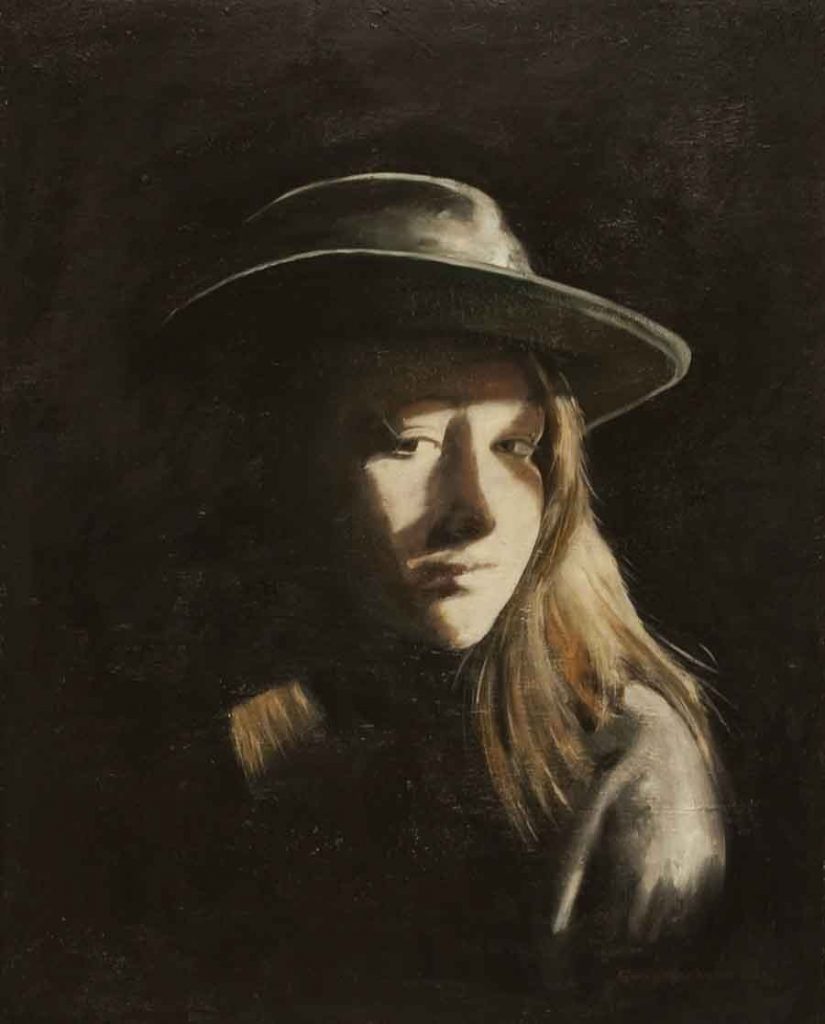 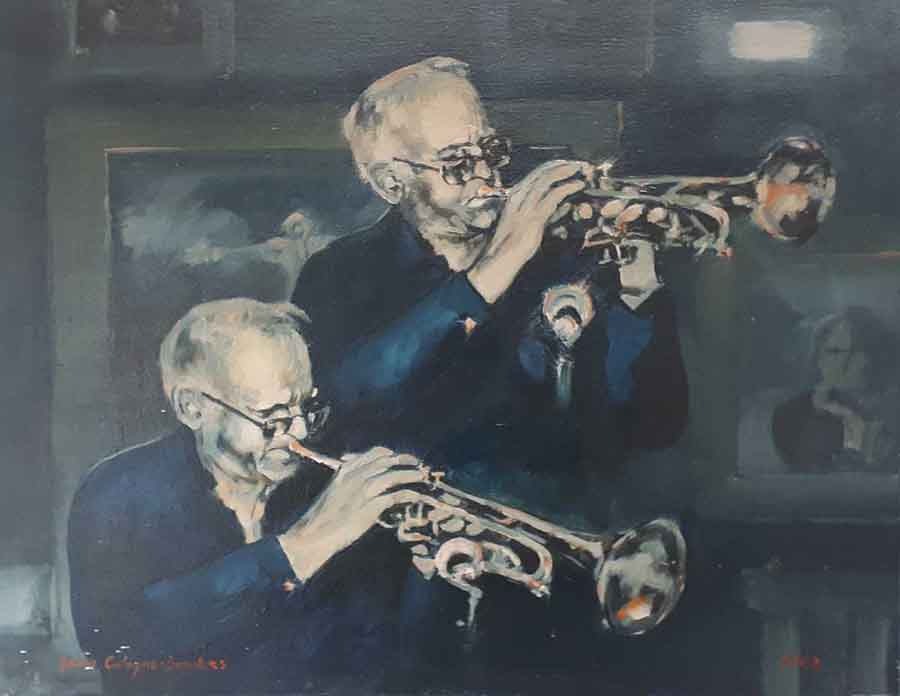 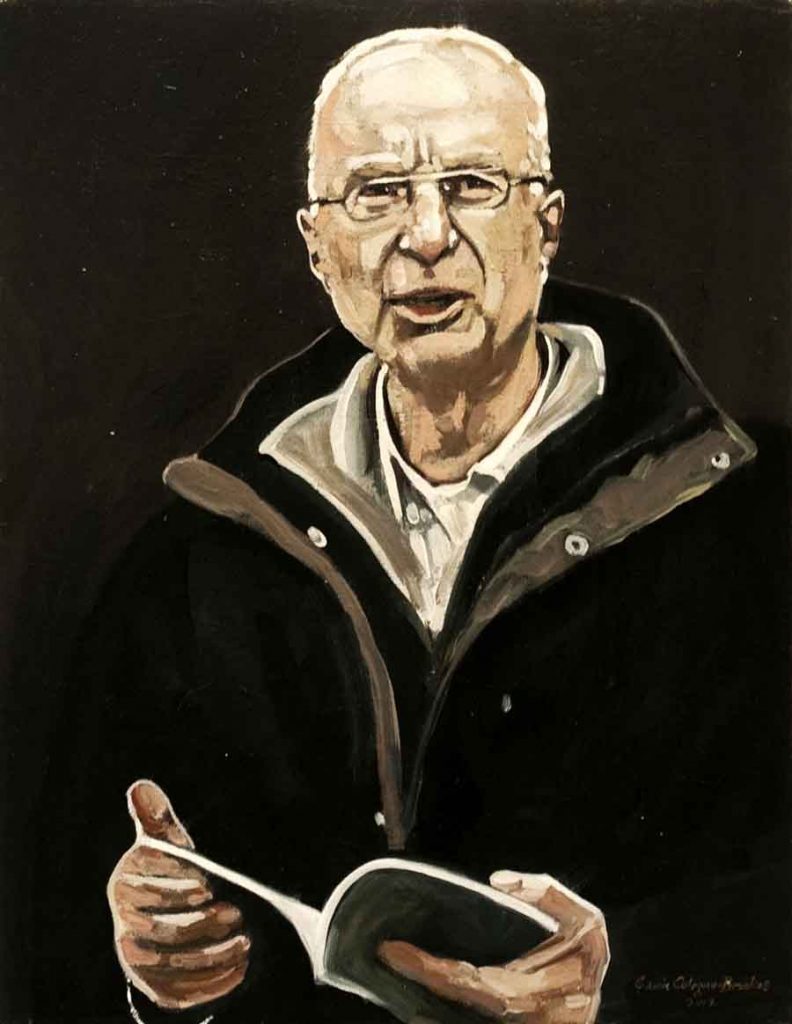 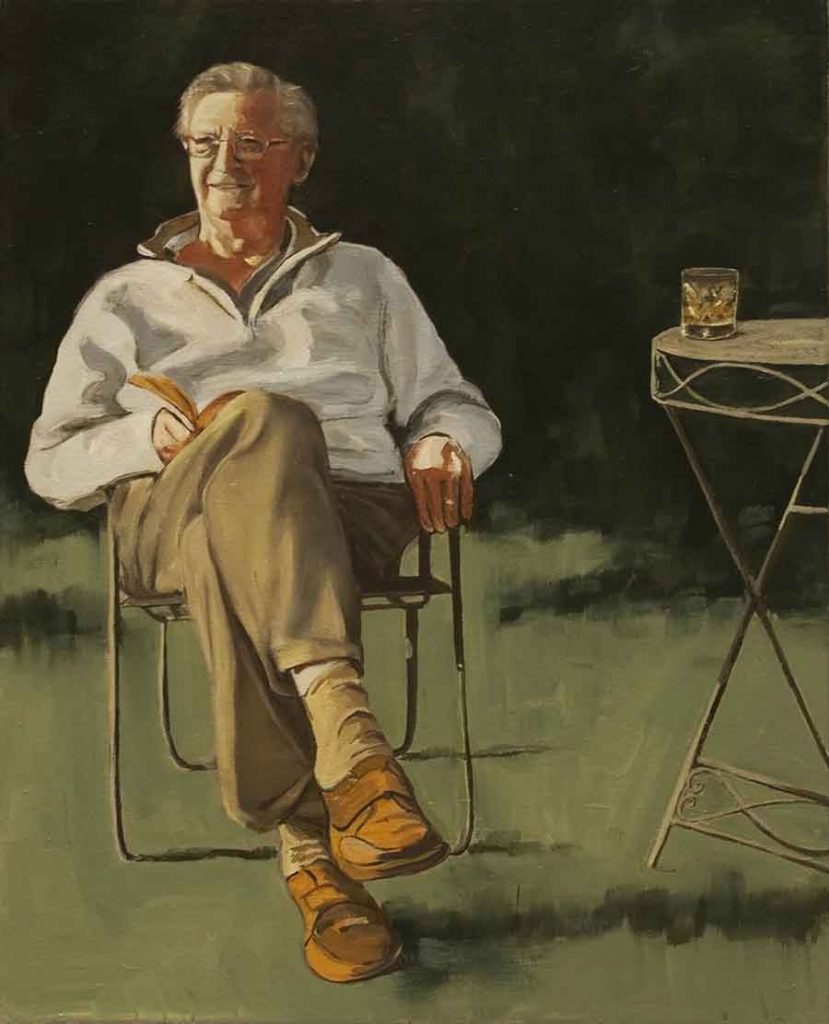 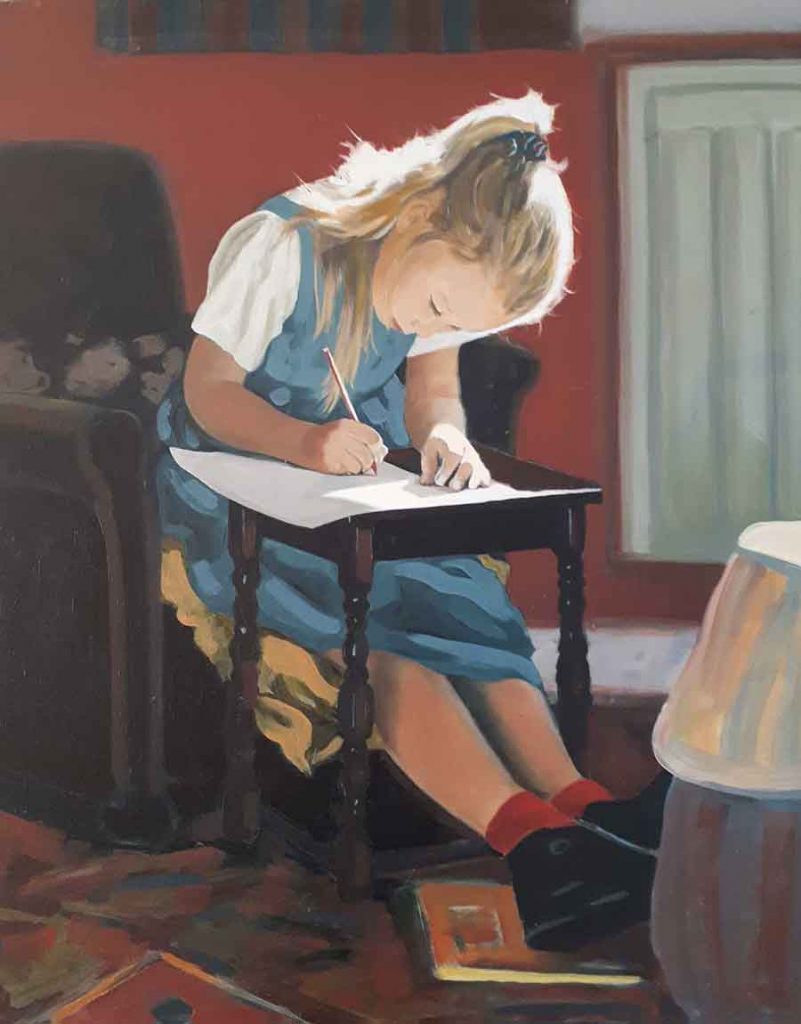 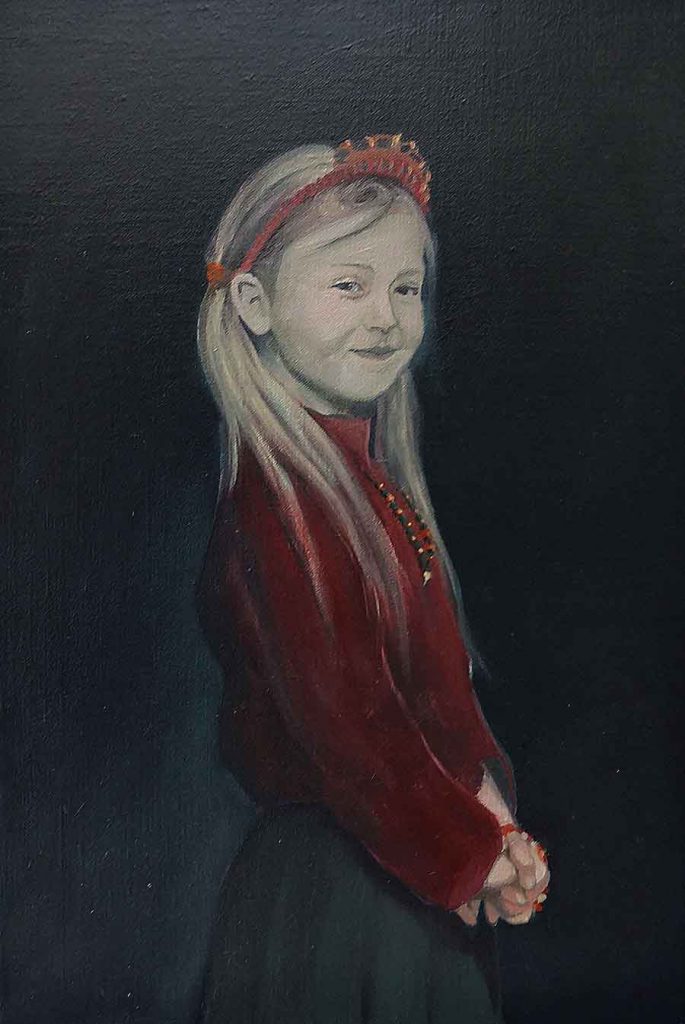 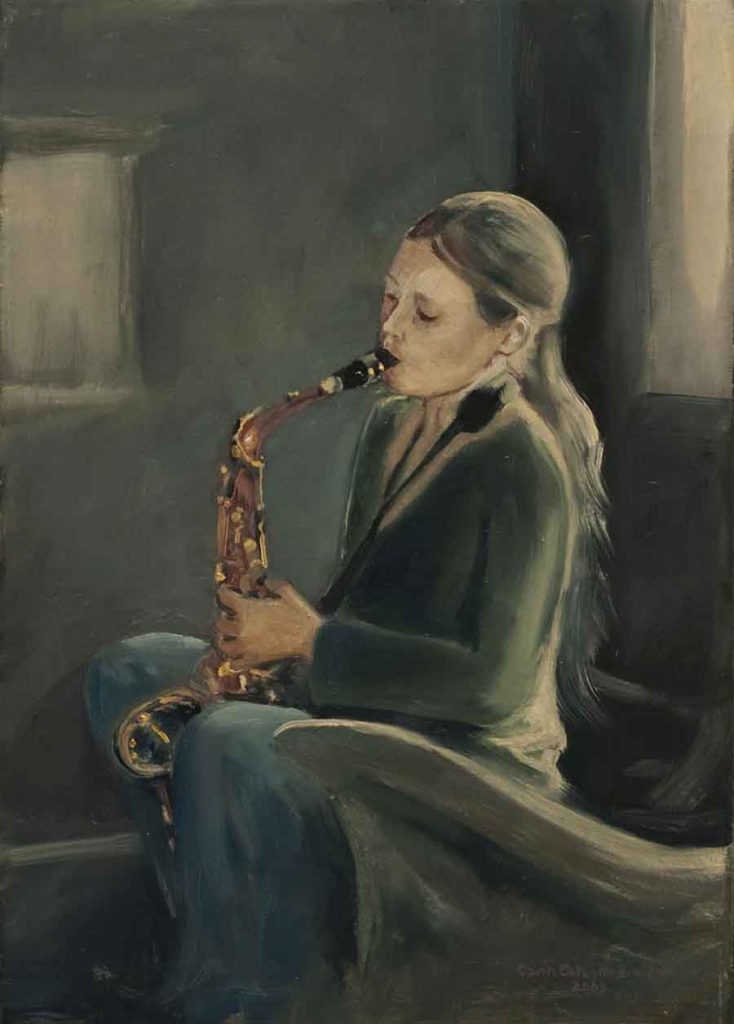 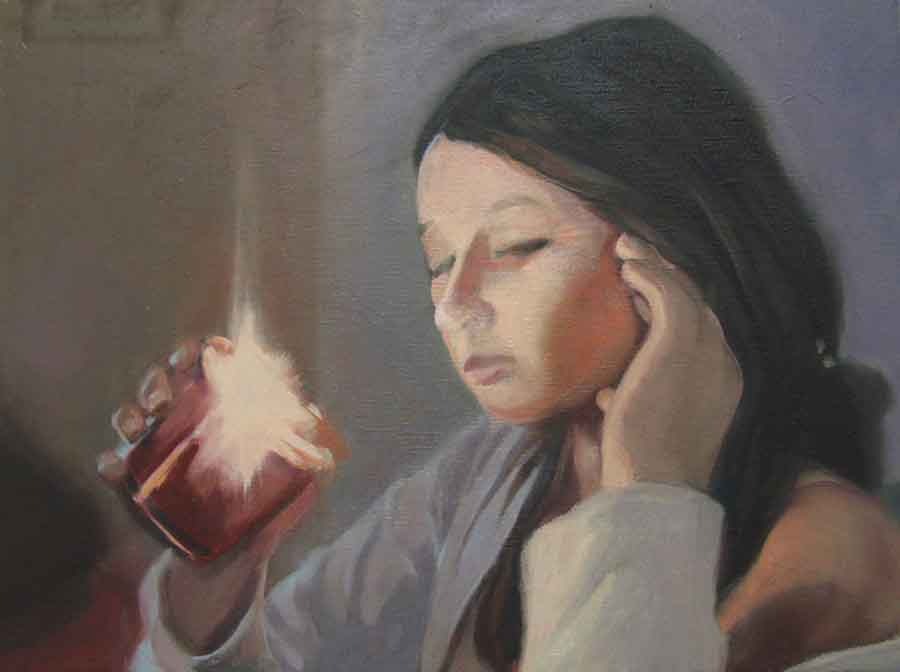 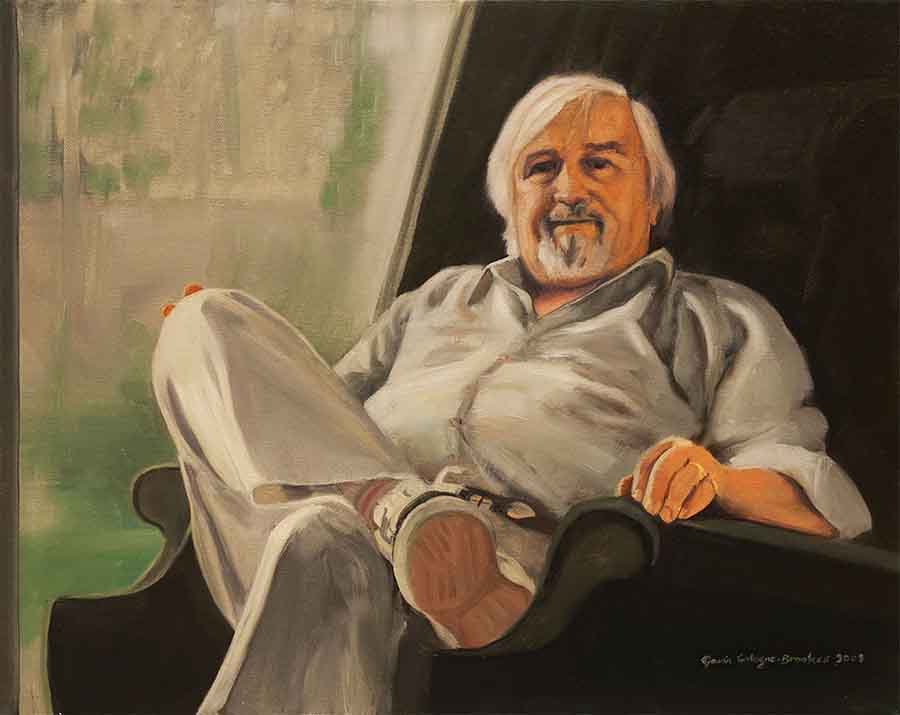 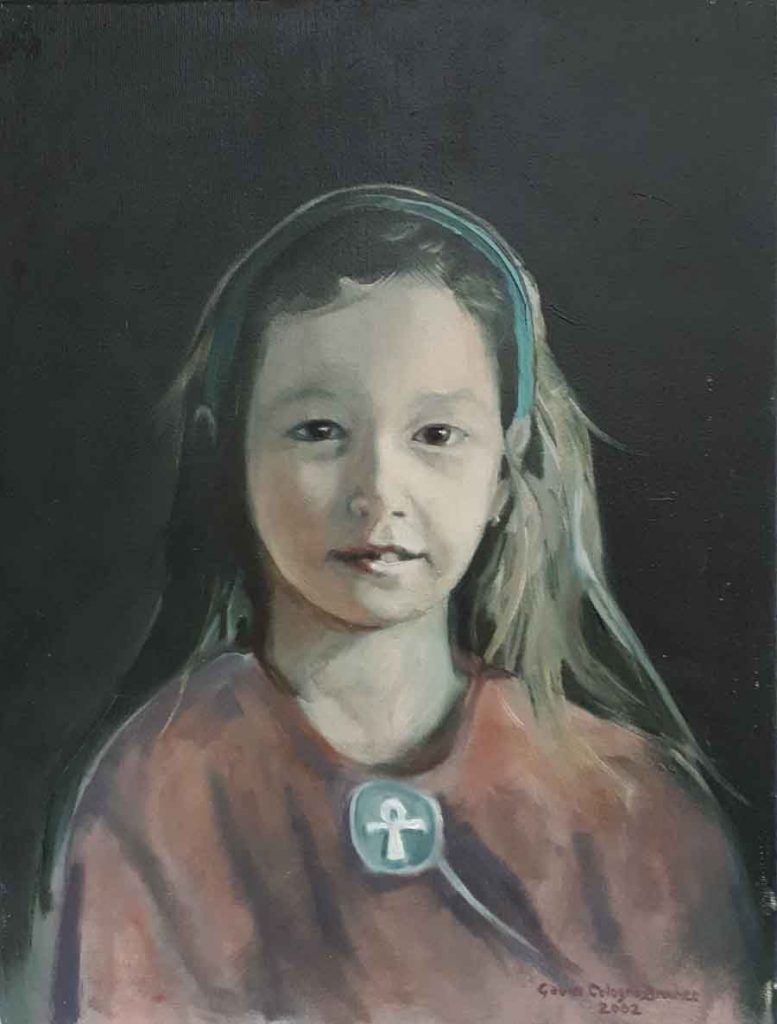 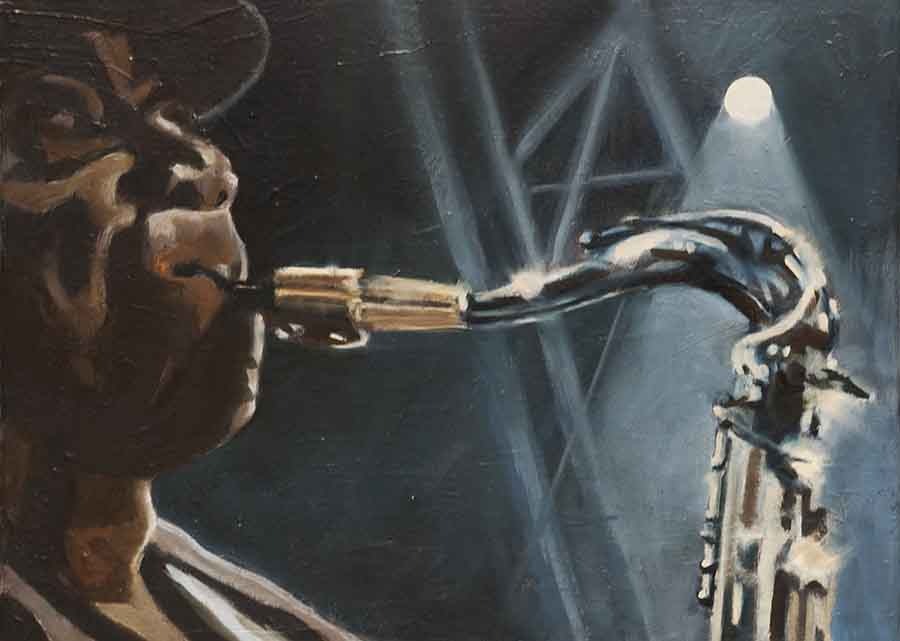 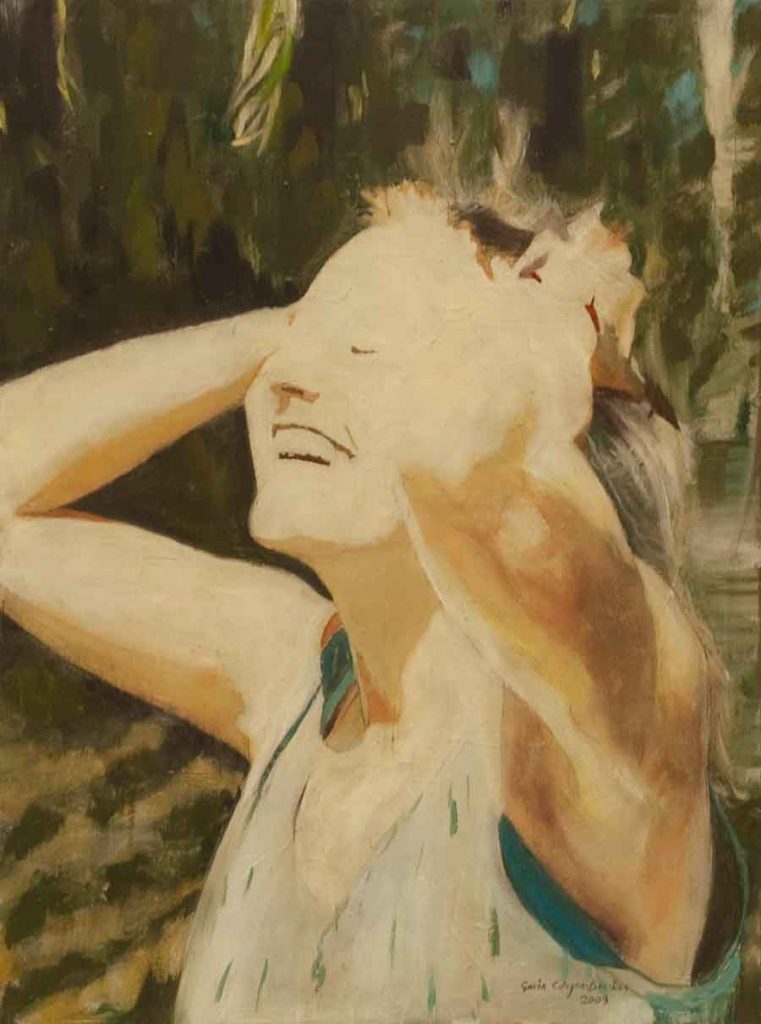 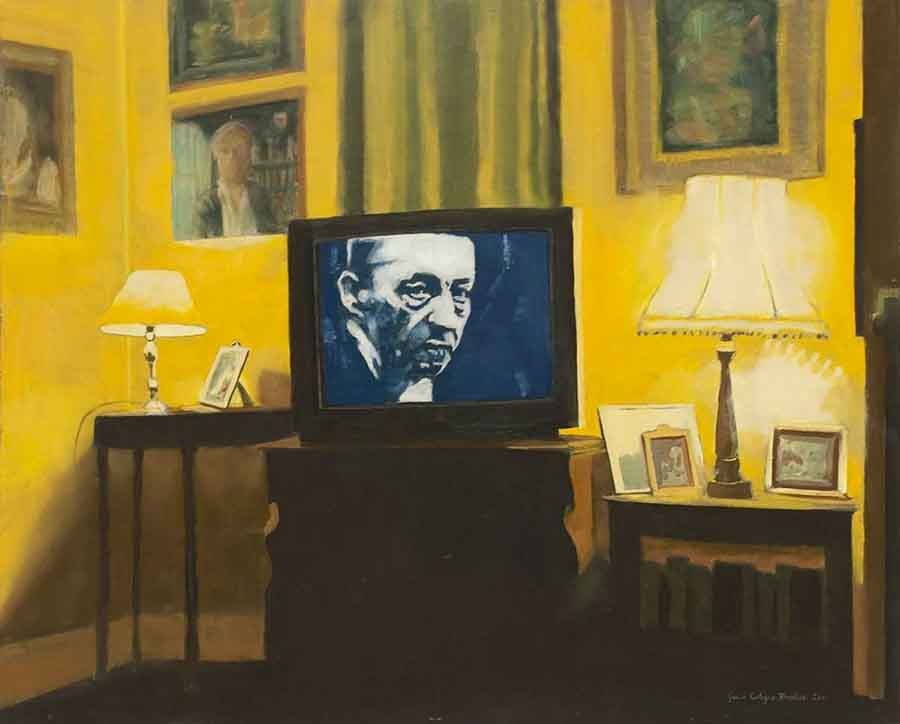